Reading Drew Gilpin Faust (2008): This Republic of Suffering, NY: Vintage Books. As always, the use of images is for educational purposes (see the syllabus), and no copyright infringement is intended.

From a European point of view, the Civil War is not so much an American event, but rather the first in a series of wars that one can interpret, variously, as the most advanced and hence most devastating wars of the nineteenth and twentieth century – emphasizing their weapons technologies, as Faust (39, 42) does – or as the self-destruction of Western civilization, both in its European and its North American incarnations. Indeed, Faust emphasizes how traditional belief systems were shattered (174, 194); how the dead were stripped not only of their humanity when they were left without burial (235) or, worse, when there were no remains to be buried (128); how an emerging bureaucracy almost broke down under the weight of its sudden obligations (219); and how the sheer number of victims, as well as the shock suffered by the American nation as a whole, made the Civil War almost incomprehensible (260). In these senses, the American civil war is only a precursor to the similarly devastating self-destruction Europe suffered fifty years later, and again eighty years later. The fields where once lay the trenches of Verdun, the Somme, and Passchendaele speak of, or rather silently mourn, the same industrialized atrocities the battlefields of Antietam and Gettysburg have seen (66). Needless to say, the second World War only added to these atrocities; to the point where Auschwitz and Hiroshima have become chiffres of an evil almost beyond comprehension. The Civil War can, of course, also be read in a number of ways. None other than Karl Marx composed the address of English workers to the president of the Union, Abraham Lincoln, in 1863, assuring him of the friendship of the English working class in his fight against the last remaining traces of aristocratic modes of production. Small wonder, then, that the America of 1900 was a plutocracy rather than a democracy, as the Progressive Movement suggested and as John C. Calhoun would, no doubt, have bemoaned bitterly. Likewise, the emergence of the United States as we know it today – with a powerful federal government responsible, especially, for escalating military costs and an ever-expanding bureaucracy – can certainly be traced back to Civil War efforts, as Faust (254) suggests. And despite the initial difference in endowment between the North and the South in caring for their deceased (241), a common nationalist legacy was quickly created (262). The final point in this commonality, no doubt, was the rehabilitation of Confederate officers in 1898; the very same year that the United States, “with malice toward none,” went to war with Cuba.

The Civil War was also the first war to introduce a set of new technologies: artillery (39) and sharp-shooting (42) come to mind, but also photography of battlefields (XVI) as well as for individual soldiers (11). Even the individual experiences of soldiers were mediated by the new technological imaginary, as soldiers found their “battle’s horror graphically portrayed in the freeze-frame if a picture” (58), thinking “of themselves not as men but as machines” (59). Unfortunately, for black soldiers, these machines were not color-blind (47, but see also 53). Furthermore, unfortunately, the medicinal knowledge prevalent in 1861, was certainly not on par with the ability to injure or kill (4).

But Drew Gilpin Faust focuses less on the significance of the American Civil War for universal, world, or European history. Rather, she gives an account on what it meant to die in this time (XI). From a certain point of view, as she points out (ibid.), this is controversial. Is not death, as Martin Heidegger suggested, the supremely individualizing event? 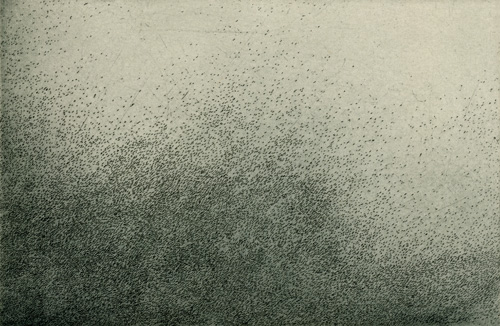 Is it not in Being-unto-Death, or at least in reflecting upon mortality, that people realize their fundamental loneliness; is it not there that they detect what it means to live authentically (in Heidegger’s mother tongue: eigentlich)? More importantly: are not the phenomena Faust describes – the new vision of the afterlife (177); the memorialization (269); the mourning (152); the condolence letters (15) and their vision of the spiritual (27) or the “Good Death” (7); embalming (89) and funerals (153); even reading the bodies as to whether their bearers reached heaven or hell (21) – are these phenomena not all relevant only to the survivors, rather than the dying themselves? Is it really the act of dying Faust portrays, or is it not rather what surrounds it?

But of course, Faust’s mastery lies in recognizing that these phenomena do not, or not just console the living, and serve their (and, ultimately, our) rememberance, memorialization, or even enjoyment. The father clasping his hands around a photograph of his children (11) might remind us that, ultimately, every individual is alone in dying – but he also tells us of a new technology making his last moments a spiritual reunion with his family. Likewise, at the extreme opposite end of the scale, the Civil War also embeds the ultimately individual nature of death in a vast bureaucracy of killing, accounting, and memorializing. And finally, it can certainly be said that, however universal this side of human curiosity might be, battlefield tourism (85) shows a side of capitalism which, almost without a doubt, belongs to the twentieth century.

This entry was posted in Assignment. Bookmark the permalink.