An answer to this assignment. As always, the usage of photos is for educational purposes and I do not make any profit with them. 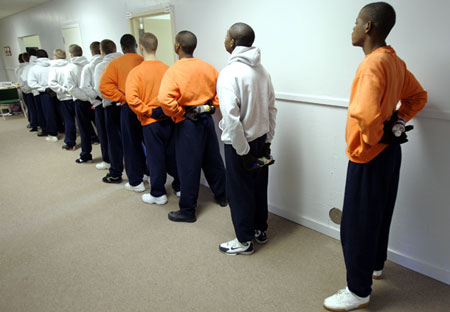 “In short, Humanism is the sum total of all measures by which the desire of power has been detained in the Occident – by which it was denied the will to power, by which it was denied the chance to take power.” [1] No doubt: a harsh judgement, and one that many people would immediately dispute. Is it not true that humanism is a noble cause; that humanity is a common essence we all share and that is worth preserving; and that Man, replacing God in the center of the universe as Europe entered its long ascent in the Renaissance, had a profoundly liberating effect on all of mankind? Is it not true that few words had more good and lasting effects on the struggle of men and women than the universal declaration preceding American independence? Is it not true that the figure of Man, guarding the doors to wisdom and governing the ethics of knowledge, is a figure of freedom, compassion, and empowerment?

But what empowerment are we talking about? Discipline and Punish gives an unexpected, almost scandalous answer: Man, humanity, humankind, is born in and out of a disciplinary system predicated upon a set of institutions which, in final analysis, all converge into their archetype: “prisons resemble factories, schools, barracks, hospitals, which all resemble prisons” (228). What is given to human beings as they are formed, governed, disciplined, molded in the generalized prison-system Foucault calls the generalized panopticism is a source of strength and a measure of power – but a power which is economic, not political; which is docile, not resistant. Man, so-called Man, is a tool, a formation, a position in a battle. “What intensificator of power will be able at the same time to be a multiplicator of production?” (208) Without a doubt, society answered this question, and it continues to answer it, in every one of us. Our originary will to power is always satisfied just enough to leave us yearning for more, but the carrot dangling before our faces is not a freedom of an all-sided individuality, but a narrower, more productive, less disruptive freedom of, and by, and for, so-called Man: a docile creature. And this, Foucault warns us, is not a question of relative power within society – certainly, Barack Obama and Xi Jinping are as much, if not more than us mortals are, bowing down before the disciplinary apparatus erected, and controlled, by nothing but the constellation of wills to power. (225)

What, then, is the method of Michel Foucault? What is his science, which is the governing ideal of his pursuit of the archive, “gray, meticulous, and patiently documentary” (Nietzsche, Genealogy, History: 76)? Is he the positivist many people make him to be? Is he, as Paul Veyne maintains, a skeptical thinker, icy and detached? Or is he perhaps – and this is, without a doubt, the critique put against him by most political thinkers – an irresponsible destroyer of institutions beneficial to human society? Is he, as the English Wikipedia triumphantly asserts (for here we, finally, have a way of fixing him in categories, and he cannot resist anymore), a “Nietzschean”?

As historians, we would have to step back from these all-too-quick, all-too-easy characterizations, and ask what information Foucault himself gives us in Discipline and Punish. What is the object of his study, according to Foucault? It is a “study [of] the metamorphosis of punitive methods on the basis of a political technology of the body in which might be read a common history of power relations and object relations.” (24) Foucault is analyzing, he says, “micro-physics of power” (26). Power and knowledge are intertwined on a level used, but not produced by institutions in which power classically resides (27), and accordingly, though a never-ending struggle is happening throughout history, this struggle is never waged by one dominant power against one subordinate power. Rather, it is a struggle in every one of us: in Humanity, as in all historical universals, “we must hear the distant roar of battle” (308). Man struggles against himself, or more precisely: in every one of us, a so-called Man, imposed by disciplinary apparatuses, fights against a will to power which is itself based upon the version of us the disciplinary apparatus produced. On the one hand, the dream of “a disciplined society” (198), on the other, a resistance which is itself entangled with what it resists – in Discipline and Punish, delinquency (278).

But, again, our question is historiographical, not political. Foucault, for our intentions and purposes, approaches history like one approaches a battlefield: every hill and every ditch, every river and every piece of grassland have a history and an immediate strategic purpose; and privileging

one at the expense of the other will inevitably lead to defeat. That is, every historical formation, every event in this formation, every commentary and any of these formations and events, is part of overarching narratives and a mere accident, a surprise, a one-time juxtaposition. Describing the totality of these means narrativizing (who is to deny that Discipline and Punish does indeed offer a narrative?), but it also means restoring the openness of historical events, and that means, their strategic value for our situation, which is – of course – just as open as all past constellations. This is why I cannot but insist on Foucault’s actuality: I consider it a part of his historiography. Unsettling fixed narratives gives social formations, and their historical genesis, to us as material in the war we wage against ourselves. At the same time, and by the same token, the history of these narratives is the history of bygone constellations in the same war, and bygone wars in the same constellations. So-called Man is but one of these formations; and if, as Discipline and Punish did and continues to do, the war he wages can be turned against him, writing history can be part of a struggle for justice –

or, if not justice, then at least “the destruction of the man who maintains knowledge by the injustice proper to the will to knowledge.” (Nietzsche, Genealogy, History: 97)

This entry was posted in Assignment. Bookmark the permalink.