Marc Edwards against ES&T: should research be value free?

About two weeks ago, there was an editorial war between Dr. David Sedlak, professor of UC Berkeley and the Editor-in-Chief of Environmental Science & Technology, the most prestigious journal in environmental engineering, and Dr.Marc Edwards, professor of environmental engineering here at VT.  In the ES&T editorial, Sedlak accused Edwards’ work at Flint, MI as “step over the imaginary line” to become an “environmental activist” . The editorial claimed that Dr. Edwards departs from being a “dispassionate researcher”, and instead looking for “youthful idealism” and “Hollywood’s dramatic sensibilities”.  Sedlak believed that Edwards’ action result in “exposing the community to potential retaliation” from political institutions, which may leads to potential funding cuts. 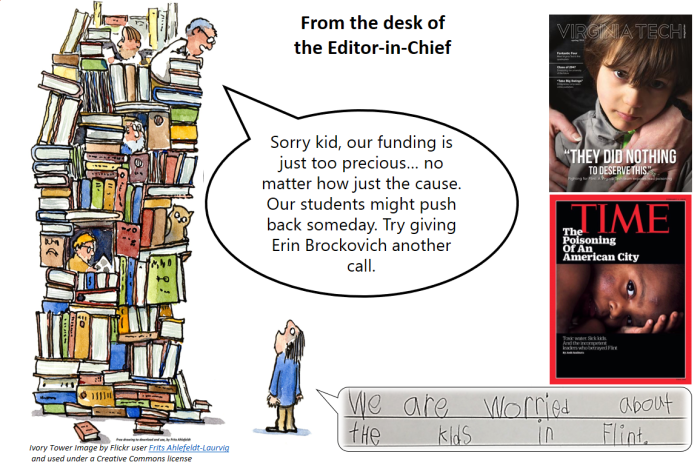 Has Dr. Edwards done the wrong thing by going into Flint, and turned the water crisis inside out? Absolutely not. Here’s how Dr. Edwards responds to the editorial. Really intriguing and well-written piece to read. At the end, Edwards argued that

The Palmer article reminds me of just that.  We cultivate students by giving them knowledge in the discipline. But more importantly, to have a heart; a moral sentiment to stand up against crime and evil, to do good. It is striking to see that a well-developed discipline can be controlled by a bunch of high priests who basically argues for purposeful negligence. No. This is wrong.

As a scientist our goal is to advance the human knowledge (admittedly by publishing good papers in top journals). But what is that for? To get a Nobel? It’s admirable, but no. We step into science to help the world becoming a better place. To help those in needs no matter if it’s providing cancer-treating drugs, psychological counselling, better education, or targeted donation to the poor. To abuse some nerdy economist’s jargon here, we are set to maximize social welfare by providing an optimal mechanism to do so.

And that’s exactly what Edwards did. He and his teams saw people in need, suffering. He reached out and helped using his authority as a professor (He would’ve been discredited by the institution if he’s not as prestigious as Edwards).  That should not be judged as activism as in advocating for a particular set of values. That’s called saving lives.

And I hope we can see some new undergrads coming from Flint, MI. After all, they said it themselves on the white board. 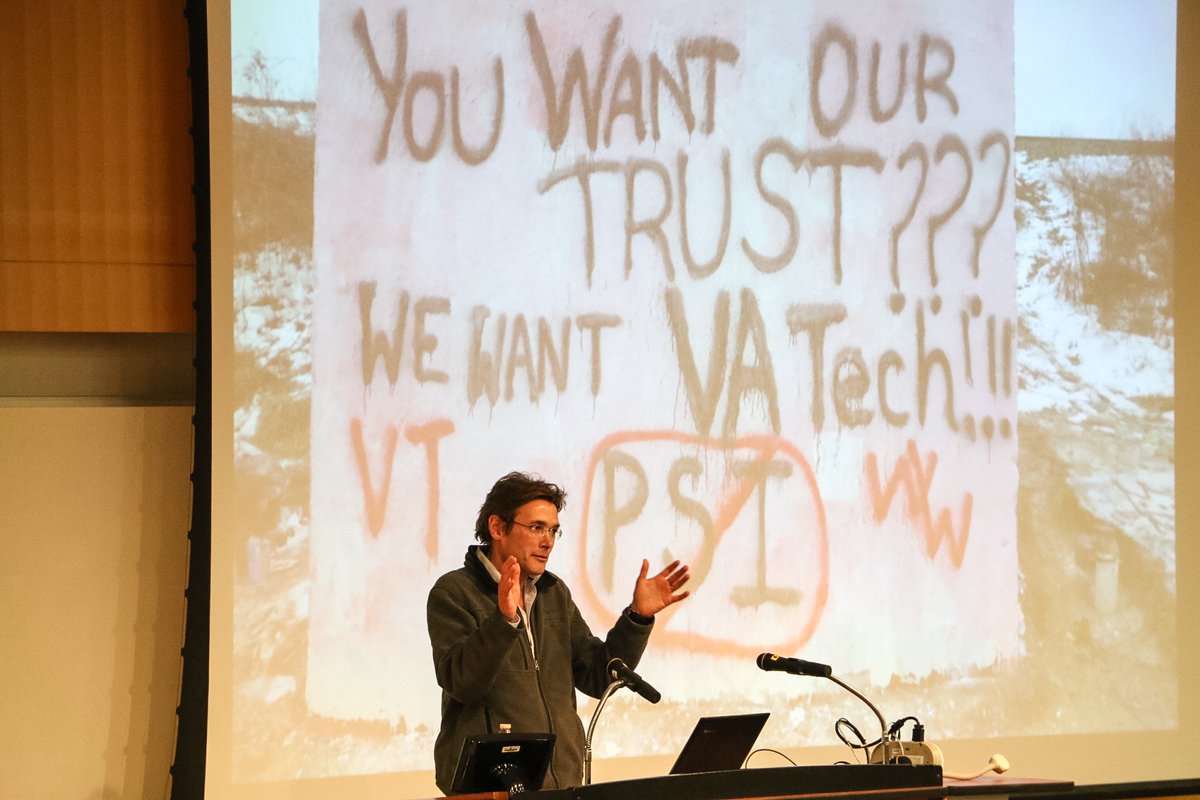 What does Pokemon Go teach me about pedagogy

When I was in primary school, a Japanese animated series named “Pokemon”  caught everyone’s eyes. We wish someday we can have our own pokemon. Thanks to Pokemon go, our dream finally came true. It’s no wonder that Pokemon Go is the most hottest game in the world and millions of people (of course me included) crazy about it.

Pokemon is not only about catch pikachu or other pokemons, it’s a good example of teaching environment.

Why is Pokemon Go so popular?

What we can learn from Pokemon?