Ed Bangs, the USFWS’s wolf recovery coordinator from 1988-2011, will be giving a special EEB seminar on Thursday, February 6th @ 1PM in Fralin Auditorium. Ed led the efforts to reintroduce and recover wolves in the northern Rocky Mountains of the United States. He is an extremely entertaining speaker and has had an amazing career- this is a talk you do not want to miss! For more information on Ed please see the attached flyer.

The Department of Agriculture and Applied Economics released their 2014 AAEC Spring Seminar schedule. Several of these talks should be of interest to the Global Change community at Virginia Tech.

The Cornell study (Kniffin & Hanks) looked at PhDs graduating in 2010. The report, which has not been peer reviewed or published in a archival source as of yet, has gotten picked up by a variety of blogs and email listservs because of potentially dramatic and negative findings. The headline that “interdisciplinary PhDs earn less” is prompted by an average $1,700 annual salary difference between the two groups– a small difference in relation to the $5000 ranges used to bin and collect the salary data. More curiously, they found that students whose fathers had earned a college degree were slightly more likely to name a secondary field, and that non-citizens were more likely than U.S. citizens to pursue interdisciplinary research (4.7% higher probability). (Can you tell I am skeptical of this study?)

Millar’s findings were peer reviewed, much more promising, and thus less likely to be featured on blog sites. She compared two sets of PhD graduates: from 2004-2007 and 2008. She found that interdisciplinary PhDs were more likely than disciplinary PhDs to find employment in academia (the odds are 26% higher), and that the type of dissertation has no statistically significant effect on the type of position (post-doc, tenure-track, etc.). Related to this, students with interdisciplinary dissertations have more publications. This can be partly explained by the type of employment because publications are more highly valued in academia, so graduates working in academia and those pursing an academic career path would tend to focus on those.

Finally, an evaluation of NSF’s IGERT program compared a set of IGERT graduates to a comparison group of graduates without formal interdisciplinary training. The study found that IGERT students graduated in less time on average (5.63 vs. 6.04 years), considered fewer different employment sectors on average (2.39 vs. 2.10), were more positive in self-reports of how well their training prepared them for faculty positions, and self-reported less difficulty in finding postgraduate employment.

So what’s the answer? Is it worth doing an interdisciplinary PhD? Are you taking a big career risk?

I stumbled upon the Water INTERface IGEP program by accident. It was never a part of my “MS To-Do List” to begin with. I heard of it during the first ‘Engineering Ethics and the Public’ … Continue reading →
Author: Danny Yang I am currently an undergraduate student at Virginia Tech, studying biochemistry. This summer I had the chance to participate in the scieneering program, which is aimed to promote interdisciplinary research. As such, … Continue reading →

From The New York Times:

OPINION: If You See Something, Say Something

Should we resist commenting on the implications of our scientific work? In the opinion of Michael Mann, the director of the Earth System Science Center at Pennsylvania State University, climate scientists can no longer stay on the sidelines of the global warming debate.

“It is not an uncommon view among scientists that we potentially compromise our objectivity if we choose to wade into policy matters or the societal implications of our work. And it would be problematic if our views on policy somehow influenced the way we went about doing our science. But there is nothing inappropriate at all about drawing on our scientific knowledge to speak out about the very real implications of our research.”

The spillage of over 7500 gallons of 4-methylcyclohexane methanol (MCHM) from a storage tank in the Elk river has contaminated the drinking water supply of over 200, 000 citizens in and around Charleston, West Virginia. … Continue reading →

It’s great to see that water has a celebrity advocate-Matt Damon! In our graduate water seminar a few years back, the class came to the collective realization that celebrity advocates can really help to advance a cause  (think about the Got Milk? campaign!). His organization, located at water.org, raises funds to bring water and toilets to developing countries-a truly worthwhile cause given that Water and sanitation are linked to public health. how can we also get more attention to our domestic water challenges-crumbling infrastructure, awareness of the health benefits of water consumption? We need a domestic water advocate to help raise awareness!

Had I not been an Environmental Engineering student, I doubt I’d really think about what happens to the water after it leaves the kitchen sink. It is amazing – the technology out there in waste water treatment plants which incorporates both chemical and biological treatment processes and technologies to clean water to federal standards.

A short animated video, perhaps aimed at kids, but relevant to everyone is available on YouTube. Check it out here: 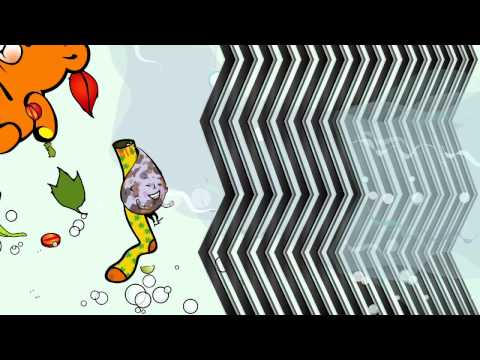