Skip to primary content
Skip to secondary content
Nanocellulose is a promising, renewable nanomaterial. ScienceDaily has called the “wonder material” of the future. How cool is nanocellulose? Well, even Gizmodo and The Verge have talked about it. (Here is a very nice review by by Klemm et al. … Continue reading →

A flight lab for biology students at the Roanoke Valley Governor’s School was developed by Renee Pietsch, a MultiSTEPS trainee in biological sciences, while working with Dr. David Schmale, an associate professor of plant pathology, physiology, and weed science, during one of her MultiSTEPS research rotations.

Our guest blogger is Sid Roy, a graduate student in CEE working with Dr. Marc Edwards on “Erosion corrosion in copper pipes in hot water recirculation systems”. Sid participated in our GRAD 5414 Water for Health seminar this past spring, and he is an avid blogger! He wanted to share some thoughts on an article he found interesting. In the nutrition field this is quite a controversial topic, making one wonder if water should be promoted as the ideal substitute for sugary drinks…..although a limitation of this study is that actual calorie intake was not evaluated, in response to beverage consumption:

So, you drink diet sodas to battle weight gain? A new study shows you might just be tricking the brain into adding a few extra pounds.

Researchers at University of California San Diego/San Diego State University used brain imaging to study how the brains of regular/non-regular soda drinkers responded to both natural sugar and artificial sweeteners [2]. They specifically wanted to test if the brains of regular soda drinkers could differentiate between sugar and, say, saccharin – a no-calorie sweetener.

The article I refer to later in this post [1] declares prior studies have shown that the brain can distinguish between sugar and artificial sweeteners to some extent. However, our daily consumption (if it involves diet sodas and/or no-calorie sweetened foods) is often a mix of both natural and artificial sugars and this can confuse the brain’s food motivation and reward system (the ‘caudate head’ region of the brain).

When the test subjects were randomly given saccharin- and sugar-sweetened waters, both their brain imaging and the volunteer’s self-rating of the drink’s pleasure was noted. A significant finding was diminishing activation of the ‘caudate head’ region which has been linked with elevated risk of obesity [2]. Once the brain’s sweet sensors are fooled, they cannot accurately estimate energy consumption. Which can con you into eating more, thus, gaining weight.

A similar study done on mice showed that a) when they were regularly given a saccharin-based yogurt diet, they could modulate their food intake to account for the zero-calories delivered but b) when they were alternately fed on both sugar- and saccharin-sweetened yogurt, they gained a substantial amount of body fat. [3]

The explanation given by Dr. Swithers, the lead researcher, is that “The brain normally uses a learned relationship between sweet taste and the delivery of calories to help it regulate food intake. But when a sweet food unreliably delivers bonus calories, the brain suddenly has no idea what to expect. Confused, this regulator of food intake learns to ignore sweet tastes in its predictions of a food’s energy content.” [1]

A more extensive description of the study can be found on this Science News page.

Water reclamation is a type of, in simplistic terms, water recycling similar to greywater. One of the main distinctions is that reclamation cleans sewer, or toilet, water for reuse. Sounds worrisome and, possibly downright nasty, but don’t fret. Like in Big Springs, TX, many measures are taken to guarantee that the water is fit for human use. Even astronauts use something similar when in space to obtain pure drinking water. Another difference is that reclamation uses bacteria, or biological means, to purify water of sludge and particles. 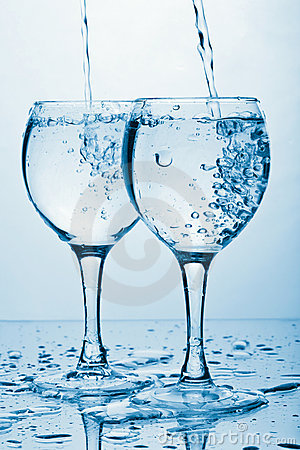 The Big Springs Plant, which will utilize nearby lakes to assist with the reclamation process, is similar to what has been seen in California, Arizona, and other countries according to the Water/Waste Processing article. The hopes are that other cities in Texas and across the nation will also construct such plants to deal with the increasing demands and potential shortages of water in our own backyards.

Would you drink purified water from your toilet? What if you already have? Do you believe its the responsibility of the local government to inform the public if a water reclamation project got underway in your hometown?

Childhood overweight and obesity concerns are nothing new; however, one school in Buckingham County, VA took a whole different approach and remodeled their elementary school to promote healthy eating and physical activity, reports Lisa Stark from ABC news. Check out this video about the design and thought process behind it:

The ABC write up provides some details about the cafeteria layout and highlights how water fountains are conspicuous and contain colorful signs touting its health benefits. Anisha Patel, who recently spoke at a HNFE seminar, and her colleagues at the University of California San Francisco recommend similar strategies to increase children’s water consumption. They also found that other tactics, like providing students and faculty with disposable water bottles, having filtered, cold water available, and offering water-related education materials and activities, can increase intake of water among children.

Dr. Elena Serrano, a HNFE professor and faculty member of the Water INTERface program who does research with on childhood obesity, believes that Buckingham County’s innovative strategy has pros and cons. She thinks “[t]he most disparate school divisions probably cannot afford a school like this” and that the cost of such a venture may be a barrier. However, Dr. Serrano highlights that the approach “[h]elps create a social norm around the value of food and nutrition, [i]mproves food preparation and culinary skills and ideally increases physical activity.”

Would you like to see these efforts in Blacksburg schools? How do you think the dining halls on Tech’s campus address healthy eating?

Childhood overweight and obesity concerns are nothing new; however, one school in Buckingham County, VA took a whole different approach and remodeled their elementary school to promote healthy eating and physical activity, reports Lisa Stark from ABC news. Check out this video about the design and thought process behind it: The ABC write up provides [...]

In chronic kidney disease (CKD) the kidneys become damaged and cannot sufficiently filter blood, allowing toxins to build up and cause other problems like bone disease, anemia, and cardiovascular disease. According to the CDC, approximately 1 in 10 Americans have CKD and the primary risk factors for developing CKD are diabetes and hypertension (i.e. high blood pressure). Someone with decreased kidney function may not know it since symptoms aren’t apparent until it progresses to more severe levels. A blood test called the glomerular filtration rate (GFR) provides an estimate of how well your kidneys are working and kidney disease is staged according to GFR numbers:

The recent analysis, which included almost 3,500 adults, split up participants into three groups according to their water intake from both foods and beverages: <2 liters/day, 2-4.3 liters/day, and >4.3 liters/day. The <2 liter/day group had the highest amount of people with GFR levels between 30 and 60, indicating stage 3 CKD. Additionally, CKD was correlated with low intakes of plain water and not other beverages.

The results from this study provide another opportunity to recognize how important water consumption is to our health. Maybe CKD can now be added to the growing list of diseases and conditions that have been suggested to be reduced with water consumption.

For about the past 35 years the American Water Works Association has been celebrating Drinking Water Week. This year its May5th to 11th.  The AWWA’s website describes the event as “a unique opportunity for both water professionals and the communities they serve to join together in recognizing the vital role water plays in our daily lives.” So this next week drink up and celebrate!