While the basic idea of a beautiful woman marrying an ugly man can be traced back to Enkidu and Shamhat in The Epic of Gilgamesh, the story as we know it today has its origins in the book La Belle et la Bête written by Madame Gabrielle Suzanne Barbot de Villeneuve. The original version is a bit… odd. It includes a subplot where Belle is actually a half-fae princess put in the care of a merchant to hide her from a wicked fairy. The fairy that cursed the beast was also his caretaker because the queen was too busy fighting wars and cursed him because he rejected her. Sometimes you don’t need more backstory. The story was abridged by Jeanne-Marie Leprince du Beaumont, and is much more like the story that we’re all used to, save one crucial element.

For the longest time, the definitive adaptation of the fairy tale was Jean Cocteau’s 1946 La Belle et la Bête. While the Disney film took several elements from Cocteau’s adaptation, the most important innovation was Cocteau’s antagonist, Avenant– a handsome and charismatic hunter that wants to marry Belle. In the original versions of the story, while Belle was at the castle, she dreamed of a handsome prince that asked her why she couldn’t love the Beast. Because of Cocteau’s surrealist sensibilities, he made those dreams reality, turning the story into the now familiar love triangle between a beauty, a human beast, and a beastly human. All of this and more, by the way, is covered in Kyle Kallgren and Tony Goldmark’s excellent three-part musical comparative analysis of Cocteau and Disney’s take on the story. 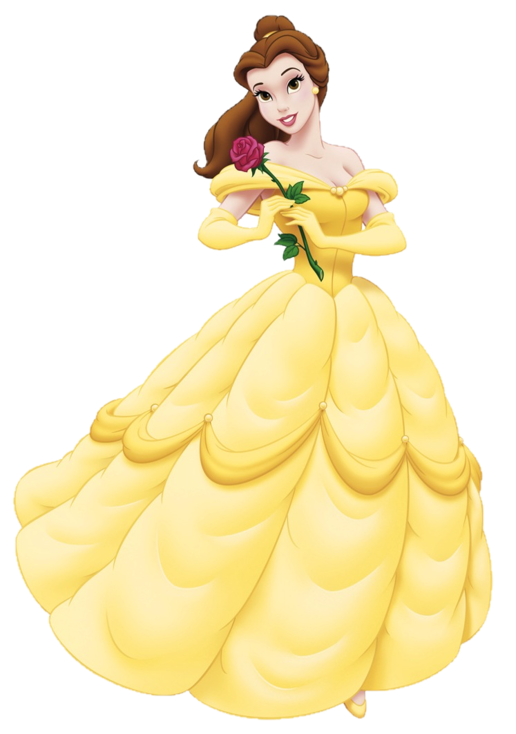 While Disney himself wanted to do an adaptation of Beauty and the Beast, but it never got much past conception. Between Disney’s perfectionism and Cocteau’s wildly successful film, it was put on the shelf for a very long time.

The story of the movie as we know it actually starts with British animator Richard Purdum, who wrote the film to be much more like the Cocteau version than the final product, and it wasn’t a musical. Head of Animation Jeffery Katzenburg (the ‘K’ in ‘Dreamworks SKG’) and CEO Michael Eisner didn’t care for it and wanted it to be more like that insanely successful Broadway-style musical that they just released. They approached John Musker and Ron Clements to direct, but they wanted a breather between The Little Mermaid and Aladdin, so directing fell to Gary Trousdale and Kirk Wise, who had directed the animated portions of EPCOT’s Cranium Command. They also hired screenwriter Linda Woolverton to write the screenplay, and it was her idea to give Belle a love of reading.

The main creative force behind the project, however, was undoubtedly Howard Ashman. His and Alan Menken’s success with The Little Mermaid gave Disney faith that they would be just as successful with this new project that was already two years behind. Bringing in even more of their Broadway experience (their most notable non-Disney work is Little Shop of Horrors), their first composition for the film was the opening song “Belle”. They were concerned about it being a five minute operetta-style opener, but the rest of the creative staff absolutely loved it, and it ended up being the song least changed from conception to execution. The two wrote the songs to act as lynch-pins for the plot, either setting them at key moments in the story (“Belle”, “Something There”, “The Mob Song”), or using them to reveal important aspects of major characters (“Gaston”, “Human Again”).

Much of the pre-production and songwriting was actually done in New York. Ashman had requested that he be able to work on the film from home, because he had been diagnosed with AIDS and his condition was rapidly deteriorating. He never saw the completed film, but after a press screening in early March, producer Don Hahn told him about how much people liked it already. “The film would be a great success. Who’d have thought it?” Hahn had said. “I would,” Ashman replied. 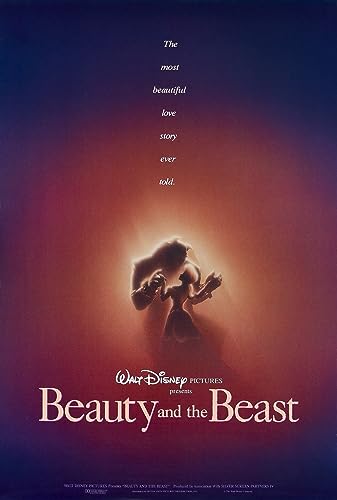 While the Disney Renaissance was framed as Disney getting “back-to-basics”, there was also a great amount of innovation in the films from many different standpoints. The technology for one– Beauty and the Beast is the second Disney film to use computer animation (after Rescuers Down Under, but so many people forget Rescuers Down Under), and while it’s most noticeable in the ballroom scene, which was the first combination of 2-D and 3-D animation, it convinced the studio to look into using more computer animation techniques, and, well, they seem to have bought into it.

Belle is my favorite of the princesses, and while I do have some major criticisms about her function within the film, she’s an absolutely fantastic character. She manages to be smart, clever, and wise all at the same time (they’re three different things, seriously), managing not only to be the only customer of the local bookstore, but also able to match the Beast’s somewhat stunted wit with ease, and able to see past the Beast’s exterior to see the human in him… once he stops being a jerk. She’s also insatiably curious– when the Beast tells her that the only rule is that she doesn’t go into the West Wing, what is the first thing she does when she gets away from the castle staff? I know that there are people who argue that she’s a Gryffindor (and the use of Sorting as character analysis is an entire post unto itself), but… come on. Intelligence, wit, individuality, acceptance, she’s very much a Ravenclaw. Come on.

Disney tackled the character in other works as well. Belle is a major character in Once Upon a Time, where the Beast is fan-favorite character Rumpelstiltskin, and there’s a lot of unnecessary drama between them both before and after they finally get together. She’s also randomly Australian for some reason. She’s also in the Descendants franchise, a franchise based around the children of classic Disney characters. In Descendants, Belle and the Best are the queen and king of Auradon, a magical superstate made up of all the different realms of the Disney canon, from Atlantica, to Agrabah, to the “Isle of the Lost” where they force all the villains to live. Her son, Prince Ben, is coronated as king at the end of the first movie because Belle and the Beast… just… decide to abdicate their thrones, for no good reason? She’s not in it much, consequentially. There’s also the 2017 live-action remake which is a thing that exists and that’s all I’m gonna say about that.

The problem with even trying to go through every interpretation, or even cherry-picking the best examples is just how many beauty and beast stories to you list? Like Ashman said, it’s a tale as old as time. Do you include Cyrano de Bergerac? The Phantom of the Opera? King Kong? Is “The Frog Prince” a beauty and beast fairy tale, and by extension The Princess and the Frog? Do you include every relationship Ben Grimm or X-Men’s Beast have been in? Or the Hulk and Betty Ross? Guillermo Del Toro has done it twice, both in Hellboy and in the Oscar-Winning drama The Shape of Water. There was also the Ron Perlman show, the Vanessa Anne Hudgens film, and, yes, even Twilight. They’re all variations on the same concept. This, again, is a point brought up by Kallgren and Goldmark, but it bears repeating– the basic concept is so ingrained in our society, that it shows up in almost every medium imaginable.

There is, of course, the effect it had on the Disney company. Eisner and Katzenberg got a taste of Oscar gold and we got Pocahontas and The Hunchback of Notre Dame. Belle and Ariel also set a new standard for the Disney princesses as characters who want big thing and have more agency then their classic counterparts, though not always as much as the Revival princesses.

Beauty and the Beast is still as much a masterpiece as it was in 1991. The Signature Edition is still available, get it before they put it back in the vault. The “Alan Menkin & Friends” special feature is a conversation with Alan Menkin, Stephen Schwartz, Lin-Manuel Miranda, and the couple that wrote the music for Frozen and it’s great. Belle is a wonderful character, just as much of a role model as any of the princesses, and, personally, I couldn’t imagine my life without her.

What’s your favorite beauty and beast story? Are there other Disney characters you’d like to see me profile in the future? Leave me a note in the comments! Also, like if you can, and subscribe so you don’t miss out on any new posts!

What is Character Motivation? The DCEU and the Millerization of Superman