Books for the Post-Harry Potter Academic

We all know the story by now. A struggling, single mother sits on a train. There’s nothing particularly extraordinary about her until the moment when a young wizard with black hair and glasses walks into her head. It’s almost as famous as the story that she would then write. 20 years ago, today, Harry Potter and the Philosopher’s Stone was released. For many of us, it’s hard to imagine the world without it– like a world without trees. Since then, there have been seven more books (including The Tales of Beedle the Bard), nine movies (including Fantastic Beasts), a West End play, and millions of people around the world captured and inspired by the story of Harry Potter.

For me, the course of my life as a student has been shaped by Harry Potter. Essays and classes and stories, all occurring because I both love Harry Potter and because it is gaining traction as a literary work. It’s not fully there yet– a quick search on JSTOR shows mostly reviews and articles discussing the Harry Potter Phenomenon, and a few discussing the works label it as Popular Fiction– but it’s clear that they’re not going away. As my particular wheelhouse is comparative literature, I have read lists and lists of those “Books You Should Read After Harry Potter” articles but none of them really grabbed me. Sure, Percy Jackson and A Series of Unfortunate Events are fantastic series, but the lists themselves are more “You liked Harry Potter? Have some more YA”. They don’t really have anything to do with Harry Potter.

These books do. I’m not going to be talking about as many things as I normally do in my list posts, but as someone who could fill entire blogs with literary study on Harry Potter, these are some good places to start.

The Hero with a Thousand Faces by Joseph Campbell 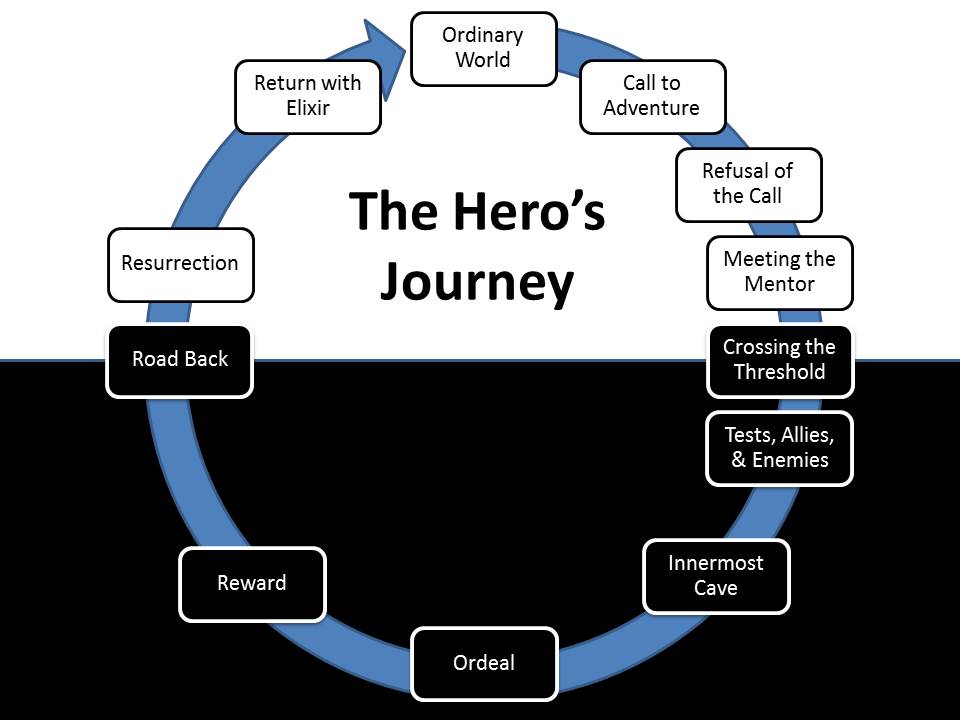 This book is normally linked with the story of Star Wars because it was a direct inspiration for George Lucas, but it is no less applicable here. Campbell’s Hero’s Journey and comparative mythologies are practically essential to studying modern fantasy, considering it shows up everywhere from The Odyssey to Eragon. And Harry Potter has it in layers– both in each book as a closed plot, as well as in the over-arching story line. Recognizing these tropes and elements and how they show up in stories all over the world shows us why something like Harry Potter resonates with kids from Toronto to Tokyo. The Hero’s Journey taps into something primeval, some call it the World Soul, some call it the Collective Unconscious. But the more of these stories we get, the stronger the Monomyth becomes. Harry Potter comes from the same pattern as many of our most famous stories, and in doing so, became one.

The Metamorphoses by Ovid

Greek/Roman myth and YA usually lead to the Percy Jackson books, but it’s in Harry Potter as well. Rowling was a Classics major, and she would have definitely had to read Ovid at some point. The Metamorphoses are a series of stories that have to do with transformation and transfiguration, and it includes some of the best known versions of these stories. Myths like Orpheus and the Underworld, Diana and Actaeon, and Venus and Adonis are all included. Harry Potter has quite a number of nods to Greco-Roman myth, from the centaurs of the Forbidden Forest, to Remus Lupin’s name, to the siren-like nature of the Veela. The maze from the third task of the Triwizard Tournament is patterned after Daedalus’ labyrinth, which was built to imprison the Minotaur. Thematically, the nature of change and love and kindness are explored across the board in these stories, and pair with Harry Potter‘s themes quite nicely.

I’ll grant that you’ve probably read Shakespeare.  If you, hypothetical reader, are just coming out of High School, you’ve probably read at least Romeo and Juliet and Hamlet, and maybe one of the comedies. You know there’s more out there, but you’re not sure where to go next. Here are some suggestions:

Le Mort D’Arthur by Sir Thomas Mallory and The Once and Future King by T.H. White

And, by extension, the rest of the Arthurian canon and apocrypha. If I had to pick one greatest influence on the world of Harry Potter, it would be the story of King Arthur. So much of what is in the Harry Potter novels can be derived from Arthurian Legend, from Snape to Cedric to the Elder Wand to Dumbledore to Harry himself. It’s not a one-to-one parallel of plot points and minutia, but the influence is deep rooted and subtle. I could fill an entire blog– not a blog post, a full blog— of explanations, explications, and analysis that would intrinsically tie the Harry Potter books to Arthur, but as a reader it is merely fascinating to find them and think about them. I find that part of the reason Harry Potter has such staying power is because it historicises itself in these ways. Tracing the literary lineage back from Dumbledore to Gandalf to Prospero to Merlin roots itself into the literary history. It’s more than just good YA, it is a continuation of the tradition set up by early English and Welsh storytellers that persists to this day. I am interested to see where Harry Potter ends up in academia. English departments have been setting up classes on the series across the world– I even took one– but it’s only started to move past the surface. Sure, the books are popular, and 20 years later, it’s still a phenomenon, but there’s a greater depth to it that we’re only just starting to mine. Because of Harry Potter, I personally will always call for more serious academic study on things that seem less academic because they show the changing shape of the culture and sometimes even completely change the nature of the artform. It might be 20 years later, but this is just the beginning.