7 Scary Stories to Tell in the Dark

As October is wrapping up, and we get closer to Halloween, there are so many stories that I didn’t get to this year that I can think of. Comics, short stories, TV episodes, and even poems that are great and creepy and perfect for the season. I’m not going to rank them, because none of them are any better or worse than the others. I might get to them in future Octobers, but for now, here’s seven stories that I know I’m going to be visiting before the witching hour is over.

“My Last Duchess” by Robert Browning

Robert Browning was Elizabeth Barrett Browning’s husband, and wrote a few poems himself. “My Last Duchess” is what Browning called a “dramatic lyric”, with the characters and speaker of the poem are all fictional. The speaker is a Duke showing his visitor a portrait of his dead wife, who it becomes very clear that the Duke didn’t like. As the poem goes on the Duke gets more angry at her, and its rather creepy. The poem is a short read, but a decent one.

This… this is intense. And no, it has nothing to do with the Arkham Asylum games, aside from the setting. This comic tells two stories concurrently, one is about Amadeus Arkham and how he came to establish and later be incarcerated in the famous hospital, the other is about Batman’s rouges gallery taking it over and forcing Batman to enter. Dave McKean’s art is masterful– using collage and negative space in a way that I’ve never seen in any comic. The story is dense– I’d pick up the anniversary edition with the script in the back for descriptions and Morrison’s notes– but it’s darker than any other Batman story you could read this October.

“A Good Man is Hard to Find” by Flannery O’Connor

For something a bit more southern, this is a story of a family that is driving to Florida for a vacation. The grandmother doesn’t want to go to Florida, she wants to go to East Tennessee, but they’re going anyways. At one point, they take a wrong turn off the highway and things get strange and dark. I talked about Southern Gothic in my post about Stranger Things, and this is a fantastic use of the genre. While it leans more towards the realistic end of the genre, it nonetheless gives that feeling of unease and terror that the genre has mastered.

“The Masque of the Red Death” by Edgar Allen Poe

There are so many Poe things I could talk about, but this one is my favorite. In a period ravaged by a plague called the red death, Prince Prospero gathers up his court and his nobles into his castle, locking out the sickly masses. There, the Prince hosts a magnificent ball in a series of seven chambers, each with their own color– from blue to purple to yellow, and the final one a room full black except for its red windows. Poe’s descriptions here are the star, in how he describes the red death and the chambers that the masquerade ball is taking place in. And, of course, the whole thing is as macabre as Poe gets, describing the opulance of Prospero’s guests as grotesquely as ever.

Teen Titans was an amazing show that does not have a reboot currently playing on TV right now, and might or might not have had a movie associated with it. One of the major villains of the show was, of course, Slade– based on Slade Wilson aka “Deathstroke the Terminator” from the comics– voiced by Ron Pearlman. In this episode, Slade is back, and Robin resumes his relentless pursuit of the man. His team does not, as they’re not convinced that he’s even alive. It a heart-stopping race to find out the truth, but not everything is what it seems. I often cite not just this role, but this episode as Ron Pearlman’s best work as an actor. Slade’s monologues in this episode are the most chilling things you’ll hear out of a cartoon ostensibly made for children. It is my favorite episode of my favorite TV series, and I cannot recommend it enough. 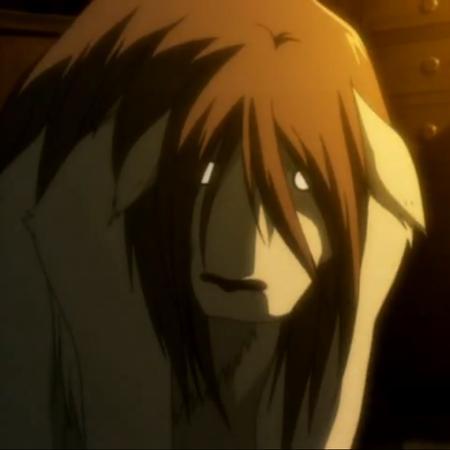 I picked the 2003 version of this episode over the Brotherhood version because the 2003 anime always took the extra step into darkness. This episode is no exception– after Edward Elric becomes a State Alchemist, his sponsor Shao Tucker is studying to renew his State Alchemist status. Tucker specializes in creating what are called ‘chimeras’, which are made by transmuting two animals together. Meanwhile, Ed has become curious about the chimera Tucker created to gain his State Alchemist status, which had the ability to replicate human speech. Both shows (and the manga) have great mystery elements, but this arc is absolutely terrifying. It happens early in the show, and establishes just how dark the show is willing to go.

With everything that’s happened between the 2005 revival and this long hiatus to the next series, there have been a lot of really good episodes. “Blink” was one of them, and a pretty iconic one at that. The Weeping Angels kind of had a bit of a Borg Effect applied to them over the years, where each subsequent appearance gives them more rules and makes them more confusing/less scary, but that doesn’t make this episode any less impactful. In this Doctor-lite episode, Sally Sparrow has to deal with the Weeping Angels, a group of stone angel statues that are perfectly still… as long as you look at them. This episode quite deftly uses time travel and science fiction to its greatest and most terrifying advantage.

What are some scary stories you love? What should I talk about for next year’s Halloween? What costume are you going to wear (I’m gonna be Jack Burton!)? Let me know in comments!

Breaking Genre: The Nightmare Before Christmas A Collection of Thoughts