Frost’s poetry often deals with something that I call “the Big Empty”– a space of nothingness or overwhelming chaos. In his “Letter to The Amherst Student“, Frost talks about his poetic theory and how he uses it to view the world:

“The Background is hugeness and confusion shading away from where we stand into black and utter chaos; and against that background any small man-made figure of order and concentration. What pleasanter than that this should be so? Unless we are novelists or economists we don’t worry about this confusion; we look out on it with an instrument or tackle it to reduce it.”

He contrasts the Big Empty with something small, something that the Empty will easily overwhelm, but something constructed and ordered. He looks into this Big Empty and then pulls back before it envelops him. But it’s easy to say that; one great example of how he pulls this off is in his “Stopping by Woods on a Snowy Evening”. The speaker of the poem is riding on his horse back to the village, but stops to watch the forest “fill up with snow.” He knows the owner of this land, but the owner doesn’t live on it, instead living in the village. No one else is around. The speaker makes an unspoken but vital contrast between himself and his horse and the woods that engulf them.

There’s also the consideration of how Frost arcs his poems. For that, we turn to “For Once, Then, Something”. In this poem, the speaker is at a well, looking down into the water. He always looks at it wrong, only seeing a reflection, but one time he sees something beyond it. A dewdrop then falls into the well, disturbing the picture and he loses sight of the thing beyond it. Frost implies movement in this poem– by getting the reader interested in what is at the bottom of the well, one can imagine the speaker leaning closer to the point of almost falling in, but when the image is disturbed, the speaker reels back to solid ground. In this poem, the man-made figure (a well) contains the Big Empty, but many of Frost’s poems have his speaker reaching into that Big Empty to the point of almost surrendering to it before pulling back.

If you know Over the Garden Wall, you probably know where I’m going with this.

Art and The Unknown

I at one point described Over the Garden Wall as “Appalachian Gothic”, by which I meant that it is American Gothic with the aesthetic of Appalachia (lots of hills, forests, and small towns). In my post about Stranger Things, I talked about the American Gothic genre in two regions of America– the Deep South and New England. Really, it doesn’t fit into any of those sub-genres– it doesn’t have the Spanish Moss and plantations of Southern Gothic, it’s doesn’t quite have the Lovcraftian horror of New England Gothic (though the Beast gets close). I won’t definitively say that the show is Appalachian Gothic, as I’m not versed enough in the sub-genre to do so, but the settings remind me a lot of the mountains here around Virginia Tech. It’s definitely American Gothic, though.

The immediate parallel specific to Frost is the Unknown– the realm that Wirt and Greg are traveling through. The Unknown is the exact kind of Big Empty that Frost would write about. The contrast of the Big Empty with a small man-made object permeates the series, from the art to the music.

“Into the Unknown” is the theme song of the show, and captures the atmosphere and aesthetic of the show.  It captures the character of the Unknown, the show’s Big Empty. It starts off dark and foreboding, but even when it seems nicer, it’s still a little sinister. While the song is sparsely instrumented, just a piano and vocals, it has a depth of sound before the key change that envelops and haunts the vocals, which don’t quite follow the rhythm of the piano. It follows the plot of a Frost poem, going as deep as it can into the Unknown, before pulling back. The speaker turns away at the thought of “If dreams can’t come true/Then why not pretend?”, much like at the end of “Stopping by Woods…” where the speaker is almost pulled into the snowy woods at “…the sweep/Of easy wind and downy flake.” but turns away because “I have promises to keep”.  However, the song is closer to Frost’s “Desert Places”. In that poem, the turn is after the line “With no expression, nothing to express.” This sentiment is far more on the same level as the turn for “Into the Unknown”, and the turn matches too. Both speakers try to turn away from the previous thoughts– “Into the Unknown” talking about the wind and the falling leaves, “Desert Places” moving from an open field to the vacuum of space. However, both don’t quite escape. Frost’s speaker says that the vastness of space cannot match the emptiness of depression, and the song’s speaker calls the described images “The loveliest lies of all.” This is actually fairly important. Poets are liars. In their poetry, that is. This is also the last line of the show, for what it’s worth.

As the show is a traveling show, Wirt, Greg, and Beatrice are the most consistent man-made figures of the show, but they keep coming across little man-made figures as they try and find their way home. The town of Pottsfield, the Langtree School for Animals, the Dark Lantern Inn– Wirt and Greg travel to various places in the Unknown where they find small enclaves of people on their way. The greatest strength of the show is trying to find out what parts of the Unknown are the Big Empty, and what is not. Many things are not as they seem.

In terms of following the plot of one of Frost’s poems, that centers around the narrative with the Beast. The Beast represents a more conventional Big Empty– though which kind is up for interpretation. A lot of this show is up for interpretation for that matter. Some label him as an Eldritch Abomonation, which I would argue against, he’s more of a Satanic archetype. The Beast is feared throughout the Unknown, and many try to warn Wirt and Greg away from him.

The overarching conflict is that if Wirt and Greg don’t get home as soon as they can, the Beast will take them and turn them into Edlewood trees. In terms of Frost, this would be surrendering to the Big Empty. I won’t say if this happens or not, because you should really go watch the show. For those who have seen it, the poetic turn comes at the line “Wait, that’s dumb.” in the last episode. The character who speaks it realizes that they can get the others to safety without sacrificing their goal, and that they “have promises to keep,/And miles to go before I sleep” (Frost). Though, it being the last episode, there’s only so much left of the journey.

The Loveliest Lies of All

Frost wants you, the reader, to learn from his poetry the importance of metaphor and how far a metaphor will take you before it breaks. The Unknown is almost entirely populated by these metaphors, which are surrounded by Frost’s Big Empty. McHale doesn’t actively try and break the metaphors like Frost, but he does push at them and even invert them in order to 1) create a tone of unease and wonder by subverting the viewer’s expectations and 2) keep Wirt and Greg in a state of unease and wonder, respectively.

McHale is definitely at home in metaphor, everyone who worked on the show is. By using these poetic techniques, the show goes from a well-animated Halloween special to a piece of animated art that can be revisited at any time of year. 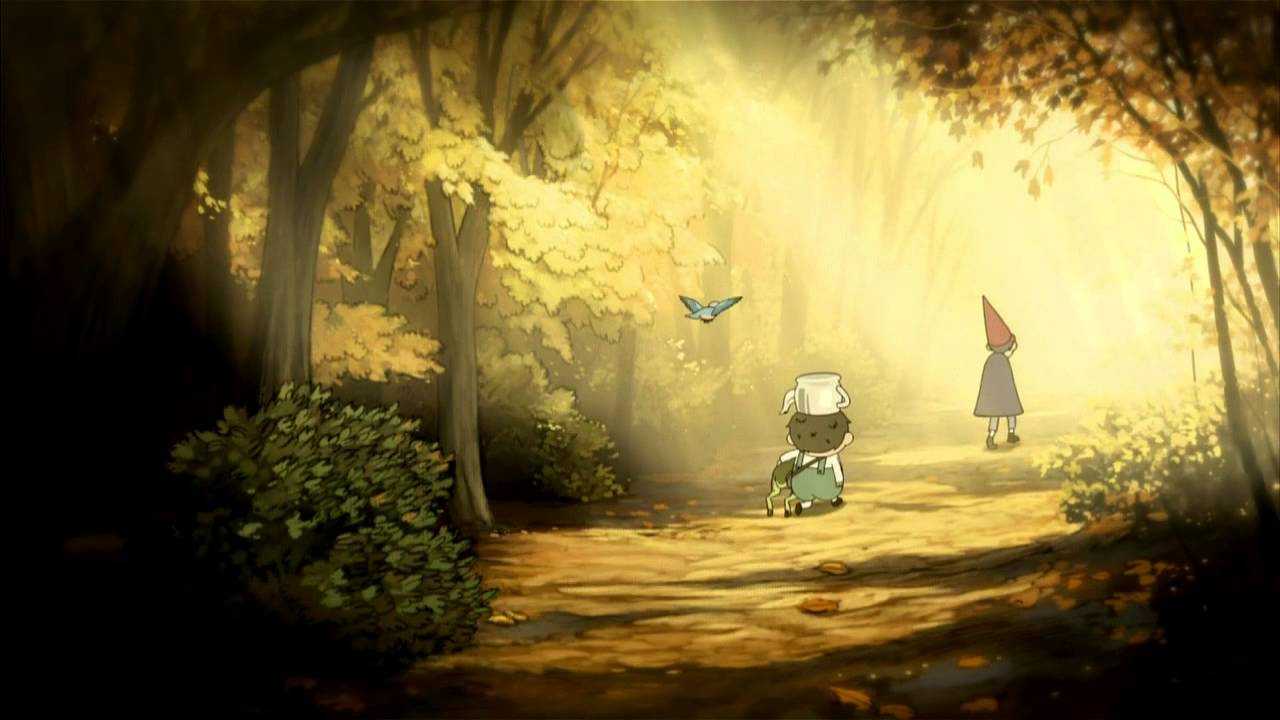 Beyond the Brand: Disney Princesses and Cultural Diffusion Scary Sci-Fi: How Horror Built a New Genre