A day late for my usual weekend posting (or the Star Trek post was a day early, take your pick) but that means that I’m posting on National Video Games Day, so let’s talk about Pokémon!

This year, the Pokémon Company is releasing the next generation of Pokémon games– Sun and Moon. Set in the Alola region, the game will cover multiple islands based on the islands of Hawai’i, with new and old Pokémon around every turn. I’ve been excited for this game since it was announced. Many of the game mechanics of Gen VI (X & Y, Omega Ruby & Alpha Sapphire) seem to be transferring to these games, plus a new 3D overworld that is to scale, as opposed to sprites or sprite-like designs, gives it a more traditional JRPG feel. But while the game is more than likely in its final stages, there is still a lot we don’t know about it, and some of the reveals ask more questions than they answer. From a writer’s standpoint, it will be interesting to see how they build this new world and the story within it to show how it fits within the Pokémon world as we know it, or how it doesn’t. These are some personal theories as to some plot points/mechanics that the game might have.

5. The Secondary Types for the Alola starters 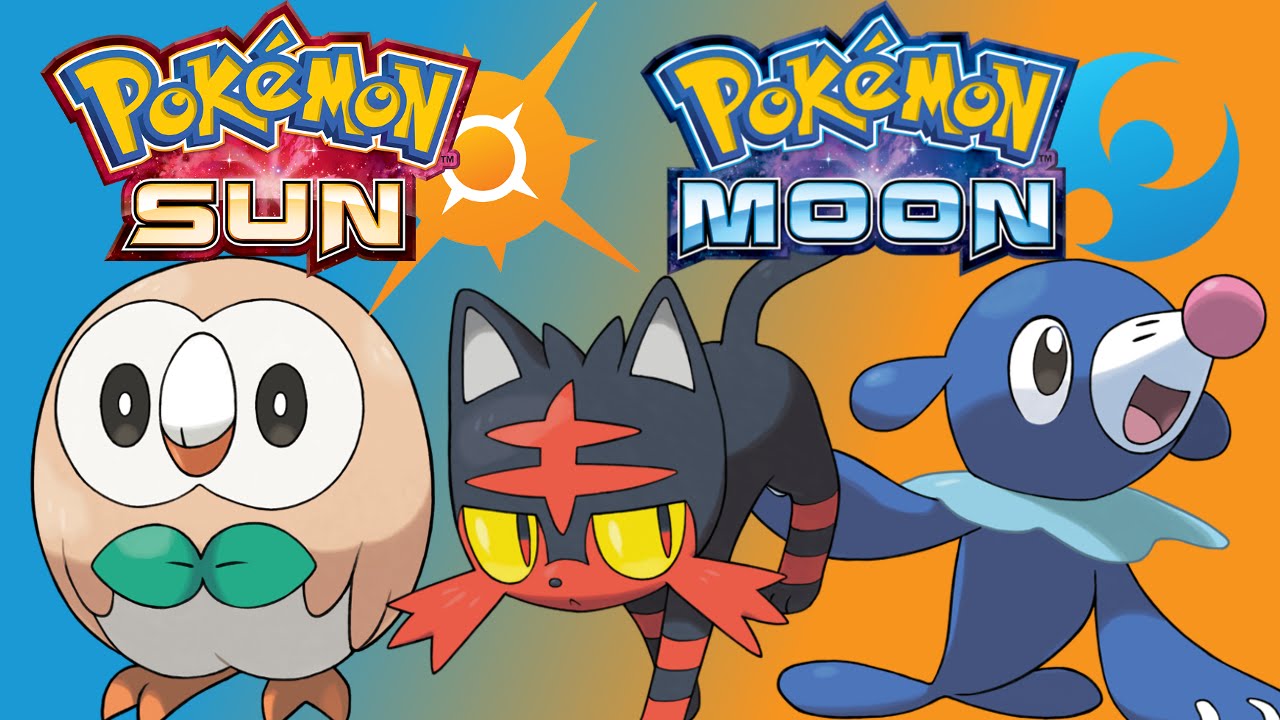 The five most important Pokémon are the three region starters and two legendaries. The legendaries are the Pokémon on the box covers for the games– in these games, Solgaleo and Lunala. The starters are the first Pokémon that you receive in the game, and travel with you the whole time, right to the end. The starters for the Alola region are Rowlet, Litten, and Poplio– grass type, fire type, and water type, respectively. All starters evolve twice, and often a secondary type is added at some point in the evolutionary line. Rowlet, the owl, is already announced, as it starts off as a Grass/Flying type. It’s unusual to see a Pokémon starter that already has a secondary type, but it will be interesting to see how it evolves. The biggest question is whether or not Litten will evolve into a Fire/Fighting type.

Fire/Fighting become a meme within the Pokémon community, as every new game from the original Ruby & Sapphire (Gen III) to Black & White (Gen V) had Fire starters that evolved into Fire/Fighting Pokémon. X & Y broke that streak with the Fire/Psychic Delphox as the final evolution for Fennekin, to mixed reviews. While many people were glad that it wasn’t another Fire/Fighting, the design was hit-or-miss. I love it, but that’s just me. For the Alola starters, I’m hoping that Litten evolves into a Fire/Dark type, with a final design based on a tiger. “Tyger, Tyger burning bright” and all.

As for Poplio, the Pokémon based on seals are often Water/Ice dual-typed, or at the very least can learn Ice typed moves, so Water/Ice would make the most sense. I can also see them going with Water/Fairy, given their description of Poplio includes a flair for the dramatic. This would also make Poplio the first starter with a Fairy type.

4. There will be a Gym based on Tripler Hospital

Tripler Army Medical Center, or Tripler Hospital, is a US Military hospital on the island of Oahu. It’s a large pink building looking over the city, so it’s kind of hard to miss. I’m not certain what number gym it would be, but I do know that it would probably be a Normal type gym. Because who better to run a gym set in a hospital than a team of Nurses? 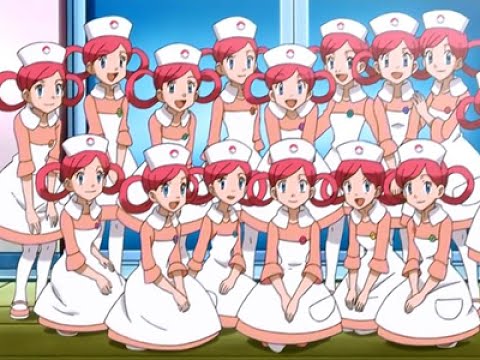 Yep. Armed with their Chanseys, a Nurse Joy from every previous region would be the trainers in this Gym. I bet they would even offer to heal your Pokémon before you moved to the next room, especially if its the first gym and is teaching you how gyms work. You’d battle through Alola, then Kalos, then Unova, then Sinnoh, then Hoenn, then Johto, before finally facing the Kanto Nurse Joy as the gym leader. A lot of levels for the first gym, but it would probably be forgiving. However, while I’m pretty sure Tripler will be an important landmark in Alola, I’m not sure if it will be a gym because…

3. There might not be Gyms as we know them.

So, yeah, many people have been wondering if, in fact, this mechanic will replace the traditional Pokémon Gym mechanic for this region. And I’m kind of thinking that it might. It seems to be very Hawai’ian– especially replacing the traditional Gym leader with the Kahunas– but it will probably only be for these games. Plus, if they end up remaking Diamond & Pearl (Gen IV) alongside this, that will still have the Gym mechanic, so it won’t be totally lost this generation.

2. Lillie is connected to the Aether Foundation 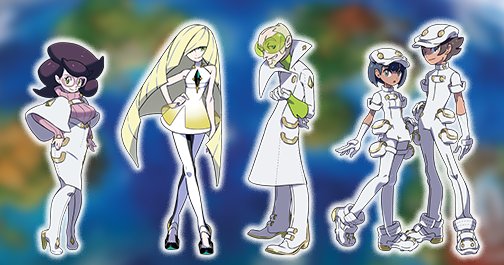 The Aether Foundation is a group in the Alola region that ostesibly works as a wildlife refuge for injured Pokémon. Lillie is one of your rivals for the game, who is working for Prof Kukui for “personal reasons” and doesn’t like Pokémon battles. The last time there was a mysterious rival who didn’t like Pokémon battles, he ended up being a Tykebomb for the region’s evil orginization and kind of went insane.

In any case, what caught my eye was the physical similarities between Lillie and the Aether Foundation’s leader, Lusamine.

Green eyes, blonde hair, similar build– probably sisters. Plus they both wear a lot of white, which cannot be a coincidence. Now, I’m not sure what caused Lillie to leave the Aether Foundation and work for the Professor, but I’d imagine that it will be revealed during the game.  My best guess though? It’s probably because…

Now, there’s already been a team announced for the region: Team Skull.

Villanous teams are generally organized with Admins (pigtail girl), a Leader (goggles), and grunts (the other two). Team Skull follows this, but so does the Aether Foundation. 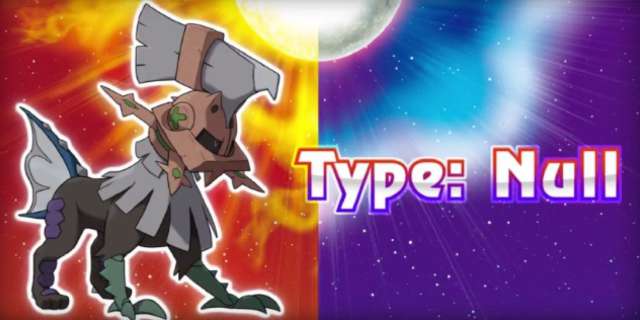 Rumor has it that the Aether Foundation created these Pokémon in a lab, and last time something like that happened the Pokémon in question went on a rampage, cloned a bunch of other Pokémon, forced them to fight to the death, and then killed Ash. So there’s something to look forward to. The Fullmetal Alchemist jokes have already been made.

Then there’s the mystery of Team Skull’s Gladion.

Again, blond hair, green eyes, probably not a coincidence. I’m not sure to what extent the Aether Foundation will be an antagonist, but my last piece of evidence is that they wear all white. In Japan, white is the color of death.

Any theories of your own? Want to discuss the ones presented? The comments are open!

The Top 10 Most Important Episodes of Star Trek: The Original Series Some Very Unreasonable Things: Big Trouble In Little China and the Suspension of Disbelief