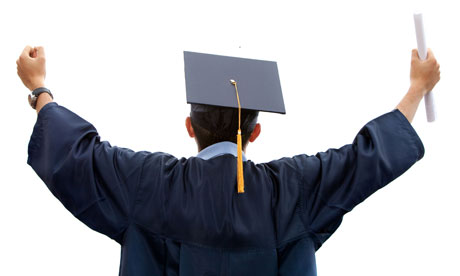 Inspired by the Nature article entitled “The PhD Factory“, I thought that I would write about this topic that hits so close to home for me: the growing number of PhDs being awarded in the U.S and around the world. As a PhD student myself, I like to think that I have made a good choice in pursuing this degree, as it will (hopefully) lead me to a glorious career in academic research. The problem is, I am not the only person to think this. The number of PhDs being awarded is on the rise all over the world. The graph below, taken from the Nature article, shows the average annual growth of doctoral degrees across all disciplines from 1998 to 2006 for a range of countries.

One might look at this graph and think that, by comparison to China, or even Mexico, the United States is pretty reasonable with an average growth of 2.5%…unless you compare that to our population growth rate. In 2013, the population growth rate of the U.S. was .9% according to the CIA World Factbook. Of course, China’s population growth rate was only .46% in 2013, so an average of about 40% for doctoral degrees is simply astounding. Although it is difficult to get accurate numbers for the number of degrees awarded in more recent years, the graph below (taken from a January 2013 blog post) shows how quickly China has come to surpass the U.S. in terms of the sheer number of degrees awarded.

This data is in keeping with the numbers published by the NSF regarding the number of doctoral degrees awarded in the U.S. from 1998 to 2008, which actually show that 2002 was a low point for PhD production. The number of degrees awarded in fields other than science and engineering have remained relatively constant over the years (at least, by comparison), showing that both the fluctuation, and the recent growth, are a result of degrees being awarded for science and engineering fields.

There are a growing number of PhDs being awarded around the world, and here in the U.S. Clearly, not all of these people are destined for careers as faculty, but certainly some portion of them must be interested in tenure-track positions. So what are the job prospects for folks interested in faculty positions in the U.S. right now? According to the Nature article: “In 1973, 55% of US doctorates in the biological sciences secured tenure-track positions within six years of completing their PhDs, and only 2% were in a postdoc or other untenured academic position. By 2006, only 15% were in tenured positions six years after graduating, with 18% untenured.” This is supported by the most recent report from the website http://www.higheredjobs.com/, which states that the number of jobs in higher education is on the decline. Not only that, but the ratio of part-time to full-time positions in higher education is on the rise. This is troubling news for anyone who is in the market for tenure-track positions right now, especially in the science and engineering fields. Limited job opportunities, combined with stiff competition from around the world, means that a lot of PhDs will be looking elsewhere for employment. Unfortunately, as the Nature article points out, “…industry has not fully absorbed the slack. The problem is most acute in the life sciences, in which the pace of PhD growth is biggest, yet pharmaceutical and biotechnology industries have been drastically downsizing in recent years.”

From the perspective of a graduate student in biological science, I naturally find this information disturbing, but I think that this is an issue that any citizen of the United States should find troubling. We are building up a vast pool of knowledgeable, trained scientists who have no place to go. What a waste of talent and resources! In the sciences, so many of these students are supported by federal research funding from the NIH, the NSF, the USDA, the DOD, the DOE, and other agencies. This is, of course, part of the problem as well. Graduate students (and increasingly postdocs) are far cheaper employees than salaried staff. They are motivated to work above and beyond the scope of a 40 hour work week, are often driven to publish, and typically lack the benefits that salaried staff enjoy. This academic version of indentured servitude certainly contributes to the excess of PhDs in this country, but I am not so sure that the excess of PhDs is really the main problem that we should be concerned about. The greater concern is the lack of options available to these highly-educated individuals. Here we have a valuable resource that is essentially going to waste in a country that does not produce a lot. Yes, yes, we could argue at length about the superiority or inferiority of the U.S. in various respects. We certainly have natural resources, we have agriculture, we do manufacture some things, and of course we produce pop culture, but we do not necessarily lead the world in these things. Well…maybe corn production, but is that what we intend to rely upon for our nation’s future security? What about research and technology?

I would argue that one of the best long-term investments that we could be making as a nation would be in scientific research and discovery. Whether we are talking about the development of clean, renewable energy sources, fighting disease, improving agricultural practices, or just about any other field of research that you choose to name, I think that we would be better off knowing more than knowing less, and I suspect that our economy would be stronger for it as well. Certainly, I do not think that continuing to churn out increasingly large numbers of graduate students is the answer. Rather, I think that the number of graduating PhDs needs to be brought more in line with the opportunities available to them. I also think, however, that the number of opportunities needs to rise so that the two can meet somewhere in the middle. This might change, in part, as our nation’s economy continues to recover and jobs are added in the private sector, but I think it is important to look at how much we, as a nation, choose to invest in scientific research. Using the NIH as an example, the success rate for research project grant proposals has decreased to about 9% as of 2013, with funding rates for R01 grant proposals dropping to 8%. Overall funding for the NIH, which had been steadily rising over the years, has been declining since 2010. These are trends that need to be reversed, in my opinion. Our country has a strong history of scientific discovery and technological innovation, but that does not mean that we can rest upon our laurels. Other countries view these things as priorities as well, and if we do not remain firm in our commitment to research funding, we are likely to be left behind. Also, yes…I want a job someday.