The Romans are known for the iconic aqueducts, but Roman hydraulic tech is far more complex than most of us give them credit for. Of course, the known aqueduct was a tremendous part of the society, but they also came up and performed other marvelous engineering feats.

The whole story starts with a man named Sextus Julius Frontinus. He set out on the goal to create the largest public water system of its time. Although opposed by many due to the cost, nine separate aqueducts supplied all of Rome in the first century. These used a steady gradient on or under the ground coming from the River Anio. Contrary to popular belief, only about 5% of the water was carried upon bridges, the arched ones we all know from pictures. The five that did use bridges are Aqua Tepula, Julia, Marcia, Novus, and Claudia. The creations of these bridges were usually formed by stacking bridges on top of each other, kind of like Legos. The bridges had many problems though such as leakage and lack of stability, so don’t expect to see us building them anytime soon. The bridges also fell subject to the effects of the weather and frozen water does not flow. Researchers assume today that the aqueducts most likely never ran full and only a few ran at a certain time. This engineering is a direct cause of the urban landscape emerging in the capital. Most of the ideas were not theirs as much as they would like to think it to be true. The Romans used the innovations of past societies such as the Greeks to give them a boost.

Now you must be thinking that well that means that the aqueduct was tunnels instead of bridges. This thought would be mostly wrong. With the technology Romans had it was very hard to make the two sides of a tunnel meet up, so they avoided this option opting for plain troughs on the ground instead. One thing that stood out to me is that the Romans tried to drain an entire lake with tunnels, with little success, but I mean, what is the purpose of draining a lake. If the drop was too far to bridge stack and there was no possible way to use ground-level troughs, the Romans used pipes, made with lead. No problem here right, lead pipes are healthy. These pipes were known as siphons, with each bundle having as many as 10 pipes.

The Romans also created a Dam that worked to supply clean water to the city, only to be contaminated by lead, but still, it was better than cholera. Small dams were used by the Romans to irrigate their land just as the Mesopotamians did before them, but this time using new better materials.  They also implemented a system of wadi irrigation. This irrigation was based on terraced flood irrigation. The tech that helped them in this process was the creation of a hydraulic concrete, one that can set underwater.

The interest in irrigation farming sparked the creation of water raising devices. The article talks about three in particular. The first being the pot wheel, the name explains it pretty well, it is a wheel with pots on it. Next was the chain of pots. This was a system of pulleys used to lift pots at a higher distance than the pot wheel. Finally comes the noria. The thing that makes this one unique from the other two is the fact that it is powered by the water rather than by humans or animals. It is a self-sufficient power source, but due to the public not being ready for water powered things, they disregarded the amazing innovation. The public could not grasp the possibilities of this technology so it was lost to time rather than harnessed. This ideology still continues today, all one has to do is look at when any new tech is introduced. If we can’t handle it, the world will oppose merely due to ignorance.

The Romans had more than just some bridges to carry water and they are truly amazing with the revolutions they came up with. In fact, we still use quite a few of these technologies to this day. They set the baseline for society to build from after they fell.

This first link summarizes water technology and one can see that the Romans had it but failed to adopt it in their society. The article also gives a more specific date of the innovation and the names of those inventions of their time. This article would be supplemental to the reader if they e=were interested in exploring water technology in the Roman Era as well as how it expanded to the rest of the world and its implementation in different locations. The link also has very nice pictures of the mechanisms and the comparisons of the innovations. 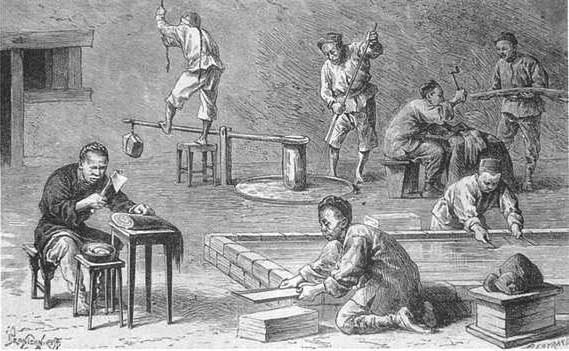