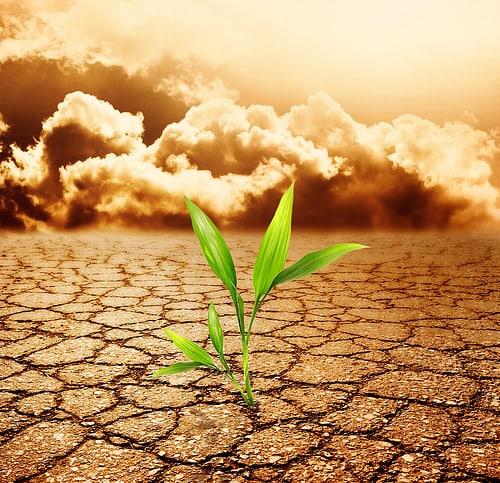 1. Industrial Activity: Industrial activity has been the biggest contributor to the problem in the last century, especially since the amount of mining and manufacturing has increased. Most industries are dependent on extracting minerals from the Earth. Whether it is iron ore or coal, the by products are contaminated and they are not disposed off in a manner that can be considered safe. As a result, the industrial waste lingers in the soil surface for a long time and makes it unsuitable for use.

2. Agricultural Activities:  Chemical utilization has gone up tremendously since technology provided us with modern pesticides and fertilizers. They are full of chemicals that are not produced in nature and cannot be broken down by it. As a result, they seep into the ground after they mix with water and slowly reduce the fertility of the soil. Other chemicals damage the composition of the soil and make it easier to erode by water and air. Plants absorb many of these pesticides and when they decompose, they cause soil pollution since they become a part of the land.

3. Waste Disposal: Finally, a growing cause for concern is how we dispose of our waste. While industrial waste is sure to cause contamination, there is another way in which we are adding to the pollution. Every human produces a certain amount of personal waste products by way or urine and feces.

While much of it moves into the sewer the system, there is also a large amount that is dumped directly into landfills in the form of diapers. Even the sewer system ends at the landfill, where the biological waste pollutes the soil and water. This is because our bodies are full of toxins and chemicals which are now seeping into the land and causing pollution of soil.

4. Accidental Oil Spills: Oil leaks can happen during storage and transport of chemicals. This can be seen at most of the fuel stations. The chemicals present in the fuel deteriorates the quality of soil and make them unsuitable for cultivation. These chemicals  can enter into the groundwater through soil and make the water undrinkable.

5. Acid Rain: Acid rain is caused when pollutants present in the air mixes up with the rain and fall back on the ground. The polluted water could dissolve away some of the important nutrients found in soil and change the structure of the soil.

1. Effect on Health of Humans: Considering how soil is the reason we are able to sustain ourselves, the contamination of it has major consequences on our health. Crops and plants grown on polluted soil absorb much of the pollution and then pass these on to us. This could explain the sudden surge in small and terminal illnesses.

Long term exposure to such soil can affect the genetic make-up of the body, causing congenital illnesses and chronic health problems that cannot be cured easily. In fact, it can sicken the livestock to a considerable extent and cause food poisoning over a long period of time. The soil pollution can even lead to widespread famines if the plants are unable to grow in it.

2. Effect on Growth of Plants: The ecological balance of any system gets affected due to the widespread contamination of the soil. Most plants are unable to adapt when the chemistry of the soil changes so radically in a short period of time. Fungi and bacteria found in the soil that bind it together begin to decline, which creates an additional problem of soil erosion.

The fertility slowly diminishes, making land unsuitable for agriculture and any local vegetation to survive. The soil pollution causes large tracts of land to become hazardous to health. Unlike deserts, which are suitable for its native vegetation, such land cannot support most forms of life.

3. Decreased Soil Fertility: The toxic chemicals present in the soil can decrease soil fertility and therefore decrease in the soil yield. The contaminated soil is then used to produce fruits and vegetables which lacks quality nutrients and may contain some poisonous substance to cause serious health problems in people consuming them.

4. Toxic Dust: The emission of toxic and foul gases from landfills pollutes the environment and causes serious effects on health of some people. The unpleasant smell causes inconvenience to other people.

5. Changes in Soil Structure: The death of many soil organisms (e.g. earthworms) in the soil can lead to alteration in soil structure. Apart from that, it could also force other predators to move to other places in search of food.

A number of ways have been suggested to curb the current rate of pollution. Such attempts at cleaning up the environment require plenty of time and resources to be pitched in. Industries have been given regulations for the disposal of hazardous waste, which aims at minimizing the area that becomes polluted. Organic methods of farming are being supported, which do not use chemical laden pesticides and fertilizers. Use of plants that can remove the pollutants from the soil is being encouraged. However, the road ahead is quite long and the prevention of soil pollution will take many more years

Causes and Effects of Soil Pollution

Sustainable development is the pathway to the future we want for all. It offers a framework to generate economic growth, achieve social justice, exercise environmental stewardship and strengthen governance.