Since last Tuesday I’ve been entertaining the notion that we, individually and collectively, can contribute to global consciousness though our writing created in a blog. It’s not a secret that I believe we can collectively create a good future and each of us individually have the ability to do so. Very truly, our experiences, creations, relationships, attitudes, and more are the things that create our ever-changing global consciousness, or better known as, our culture.

I think it is in that prospective where I discover my problem with (or at least my little preference for) the scientific biological genetic study of domestic animals. Evolution is simple, I previously nievely thought. I want to talk about individuals from the standpoint of conscious decisions. Like I explained in class last Tuesday, we can choose to achieve our ends though love or though pain (and arguably everywhere in between), we choose what we do, we chose how we do it, we chose our feelings, and we choose what qualities and values make up our character. Therefore, we collectively determine our culture, otherwise known as global consciousness, because we have complete control over what we do and who we are (or do we??).

I’ll admit there are other factors that influence our personal and global characters. What class hierarchy or geographic location one is born into will determine their probability of achieving a higher level of society mitigated by the amount of hard work and determination of the individual. But are these inequalities enough to say you don’t have enough time to create the right future? Do you not have exactly the same number of hours per day that were given to Helen Keller, Pasteur, Michaelangelo, Mother Teresea, Leonardo da Vinci, Thomas Jefferson, and Albert Einstein?

As it may be, life might be just what this picture below explains.  It’s from a family general store blog about smart and conscious purchasing of canning jars and explained that, “to have a can of peaches was to preserve in a glass jar the memory of a summer day to be remembered in savory-peach-ripeness in the cold days of winter.” 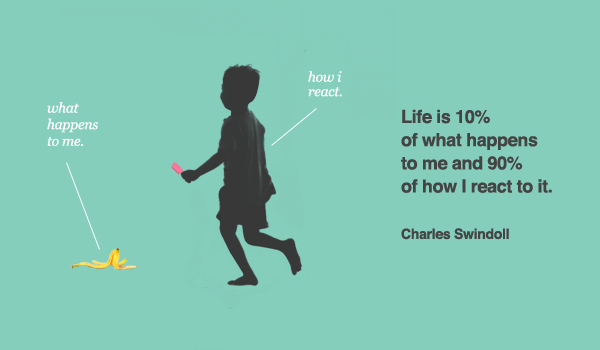 Is life 10% genetics/biology and 90% personal influence/human control? More seriously, I was intrigued to learn how much understanding of the domestication of animals can shed light on the relationship between biology and culture.

Genetic evolution of a species and their respective characteristics, as a basic idea, is simple enough. The psychological character of an individual in a species is not strongly inherited – this is the difficulty of the selection process.

Variability, something humans can’t check or control, is the key to this understanding of human-animal domestic relationships created by biological and cultural pressures.

Domestic animals are integrated into the social life of humans. Pets, entertainment, food, clothes and various other commodities make domestic animals a product of both culture and evolution. Humans have influenced the evolution of animals but genetic variability prevents a perfect expected result. Humans can influence culture but their influence on civilization is dependent on factors like space, land and its contours, climate, vegetation, etc.

It is variability, then, I need to more fully consider when studying the historical relationship developments between humans and animals. After the readings this week, I see a web of moving, interconnected, influenced, influencing and variable parts that make up the history of global consciousness.

I better go ahead and accept that we may not have control over all things but we have  control over somethings. What we can influence with our mindful actions [such as writing a blog to discover thought to contribute to global consciousness, raising chickens in your backyard, or becoming a vegetarian] might be the most important understanding to consider when we’re living our lives. If you’re still convinced genetics and biology dictate the total system your question is, “What is our capacity to influence the future of genetics and biology?”

Or as explained by this pintrest pin quote: & this is not referring to working your donkey…