Music has always been a quintessential aspect of culture and human expression. Long before music became the billion dollar industry that it is today, songs could be heard at family gatherings, celebrations, and other social events. Instruments have been throughout history, tools that create a language that has the ability to transcend any kind of cultural border. It is something every culture indulges in and nearly everyone enjoys.

The sounds of music can be said to be something truly human, and just as each individual has a different personality, so do they have a different way of expressing themselves. Originality seems to be a valid quality in the arts, especially in western culture. That being said, the influence of those around you, who share similar experiences and joys, is undeniable.

Certain styles of music can be noted from different regions of the world, and have become associated with the culture of the area. Americans can proudly claim the roots of genres including jazz, blues, country, and hip-hop.

Bluegrass came into existence as a colorful combination of the expressive styles of country, blues, and some could argue, elements of jazz. This fast paced, fingerpickin’ sound seems to have grown straight out of the earth itself, as its name suggests. Bluegrass is a product of the Appalachian people and is an audible representation of the legends, labor, and perseverance the men and women of the Blue Ridge carry with them.

Bluegrass serves as a platform for the expression of religion, labors of daily life, and the appreciation for the breathtaking scenery surrounding the area. Although the exact origin of bluegrass is credited to the Kentucky, many of the folks of Appalachia claim bluegrass to be the sound of the people. 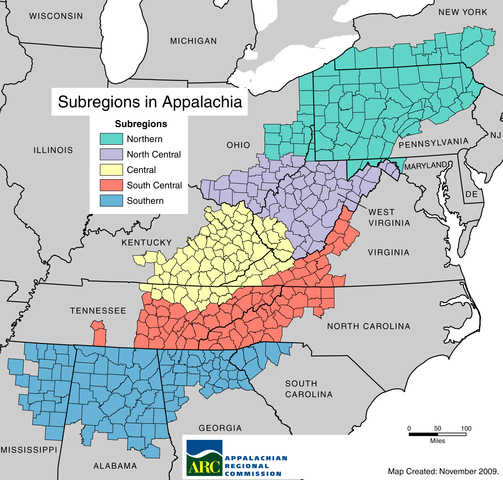 Bluegrass music represents the hardworking people ranging from Mississippi all the way north to parts of New York. The time spent in the field, the hours in the coal mines, the broken hearts, and the bourbon bottles run dry all seem to be understood in Appalachia. Bluegrass helps shed light on the struggles, some more pressing than others, in the daily lives of these people.

The heart and soul, blood of the people, and spirit of the mountain can all be spoken for through the twangs, pangs and foot stomping jubilee that comes along with bluegrass music.

Appalachia can proudly claim bluegrass as their own, just as other regions of the world claim their own respective styles and genres. Each variety of music is a voice for the people who have surrounded it, nurtured it, and allowed it to grow. As the people work to develop a culture, music becomes the language capable of expressing the hardships, joys, and pleasures of existence when words seem to fail.

The rich variety of music across the world is in many ways universal. Music is truly a human creation. The relationship between the existence of humans and music is intertwined. Just as we create music, so too does music breathe life into our lives. Without our ability to perceive and interpret the sounds we hear, music would have very little significance.

We grow throughout our lives to associate certain people, places, feelings, and memories with the music that surrounds us at the time. In a way, the coupling of music with memory allows us to write our own biography. At any moment, particular sounds and songs have the power to open pages from the past, present, and those which have yet to have been written.