Pages 73 to 101 in Cardwell’s book “Turning Points in Western Technology” provide a detailed description of how the steam engine was invented and maximized for efficiency and how textiles production was mechanized for the industrial revolution. Cardwell first talks about early attempts to mechanize spinning. This mechanization process was introduced with inventions such as the fly shuttle, which increased the speed of production and increased the width of fabric that could be woven. John Wyatt and Lewis Paul attempted to mechanized the spinning portion of textile production by creating a machine that used rollers to feed the thread. However, this invention was never successful and had to be improved by Richard Arkwright to be made practical. 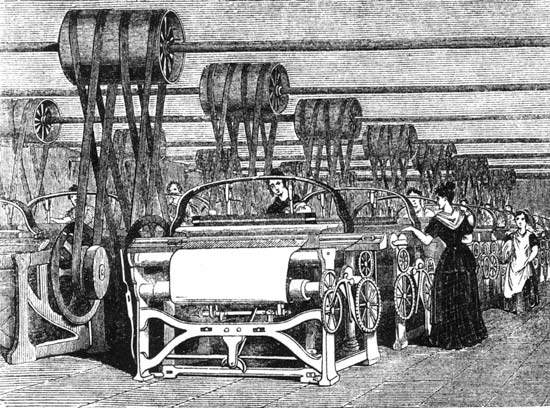 Cardwell also goes into great detail about the development of the steam engine. The newcomen engine was already available, but it was not efficient and economical. John Smeaton originally worked on improving the efficiency of water wheels for textile production, but he also made the newcomen engine more efficient. He used experimental techniques to help double the efficiency of the newcomen engine. He also paved the way for the development of the most efficient engine: the steam engine invented by James Watt. This section of the book goes into MUCH more detail than this summary, and I encourage the reader to read the section in full.

5 Replies to “Textiles and Steam Engines”