When one thinks of things of a cultural cornerstone for the Soviet Union, something that always comes to mind when one hears about the USSR, vodka is one of the first images to pop into mind. However, the Soviets experienced fancier times when it came to their high levels of alcohol consumption. The Mid 1930’s, up until the war was an easier time for many of the people in the Soviet Union. The First Five Year Plan, for all intensive purposes was an eventual successful. Millions of people died the as a result of the plan, but eventually the Soviet Union level stabilized and even saw periods of relative prosperity. The second five year plan concentrated on consumer goods and making the average person happier. This was especially true when it came to the food industry. Markets throughout the USSR had still had requirements on what they must carry, but these markets carried a much wider variety of food than what was seen in earlier parts on the century. Advertisements for a variety of consumer goods and new Soviet foods began to expand as well; a variety of advertisements can be seen here. 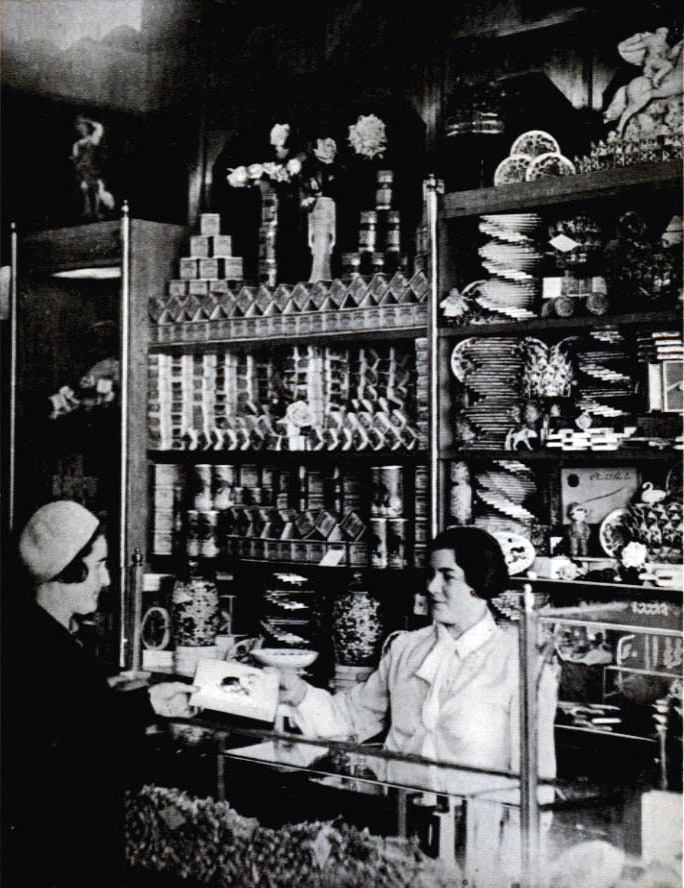 Among these fine items in during food surpluses across the Soviet Union was Soviet Champagne. The drink became a staple of diet and culture in the mid-thirties after the brilliant discovery of mass champagne production. “Anton Mikhailovich Frolov-Bagreev, an aristocrat and chemist was able to change the fermentation process from occurring in bottles to occurring in large reservoirs. This upped production from around 300,000 bottles in 1934 to around 12,000,000 bottles in 1942. It became so popular and accessible that it was sold on tap in local food stores”(1). The quantity of Soviet champagne during this era impressive, but it was also said that the quality of the champagne was to that of France. A majority of the Champagne produced during this period came from the Northeast Coast of the Black Sea across from Crimea.

As well as having a taste for champagne, Soviets also indulged on incredible amounts of caviar and oyster. We can thank the Soviets for the rarity, price, and exclusivity of caviar and a large destruction of oysters in the region. Back then caviar was eaten very frequently; many had it every day. Even the poorest of Soviets spread it on their bread like jam. This rapid consumption of fish eggs (sturgeon) along with their consumption in other ways helped to severely reduce their population since they are a fish that live long(100 yrs.) and reproduce slowly. This realization was not made until decades later, which results in caviar being so expensive currently; up to $250/oz. on the legal market.
Many people consider food to be an extremely important part of culture of a country. When a country has a food culture full of fine foods, the people and that country experience a greater amount of prosperity, success, and stability. This is especially true when this cultural change occurs a few years after millions of people died of starvation. For Soviets, the change from bread rationing to cheap champagne and caviar in their local stores was a widely supported change that improved their happiness, their way of life, their support of Stalin, and the rise of the Soviet Union.

13 thoughts on “The Soviet Drink of Choice”