In 1928, Joseph Stalin decided to implement the first five year plan throughout the Soviet Union. This was intended to boost the economy through heavy industrialization and collectivization. Collectivization was intended to boost the food and crop output, but it also was meant to free up peasants so that they could become industrial workers. During the five year plan, the industrial workforce rose from 3.12 million in 1928 to 6.01 million by the end of 1932(1). While the workforce size increased, the efforts of the workers did not. In a socialist system, there is no incentive to to work hard or efficiently. This is one of the reasons that the Soviet Union did not reach their desired industrial output by the end of the first five year plan. To combat the problem of workers not working, the Soviet Union introduced a new type of worker, called shock workers. 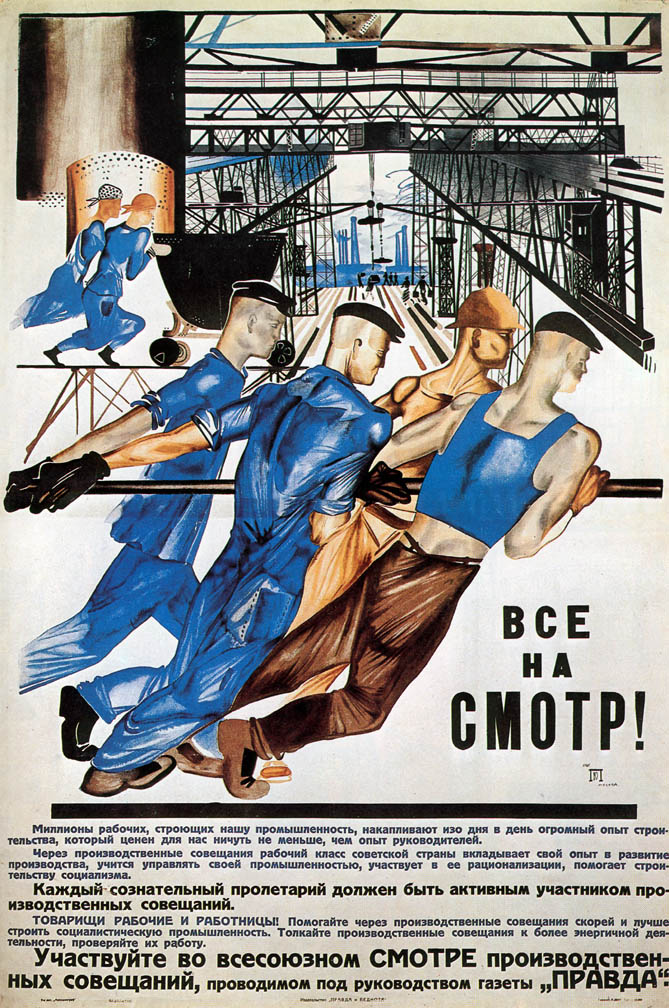 “Shock workers(udarniki) was a term used to designate workers performing especially arduous or urgent tasks, reemerged and was applied to all workers and employees who fulfilled obligations over and above their planned quotas(2).” The incentives in becoming a shock worker included an official title, a badge, extra money, a certificate, privileged dining, and occasionally vacation vouchers and scarce goods. 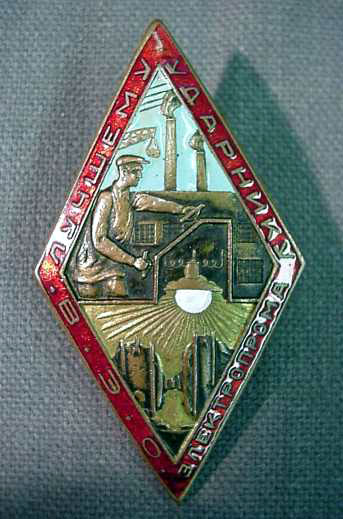 “Official statistics indicate that by the end of 1929, 29 percent of all workers in industry were participating; a year later, the proportion was 65 percent(2).” Being a shock worker soon became part or the working class culture, as did shock worker competitions. “Many competitions occurred mainly on paper or were used by enterprise authorities to get around legal prohibitions against mandatory overtime(2).” The use of shock workers would continue on and off throughout the time of the Soviet Union, especially during economic plans and wartime. It may be argued that the need and the huge success of shock workers proved that socialism was a failed system since it needed capitalistic characteristics to be efficient.