Keeping Up With the Brady’s: The Marriage Between Mike and Carol Brady 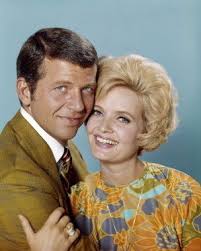 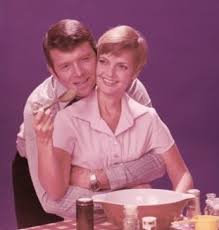 The Brady Bunch is a situational comedy which began television production in the late 1960s and hit its prime in the 1970s. In it, a man, Mike Brady, marries a woman, Carol. Both are widowed and each of them has three children from a previous marriage – Carol has three girls and Mike has three boys. The show follows their family as they learn to live together and as the children grow up. In watching the show, it becomes obvious that the drama is centered around the lives of the children as they come of age and learn to interact with their new siblings. But an important aspect of the show, especially from a socio-cultural perspective, is the marriage between the two parents.

It is especially difficult to discuss the ins and outs of the Brady marriage without at least a small discussion regarding the children. The most glaring aspect to me about the whole family is that there is an immediate acceptance of stepparents. There is never any conflict regarding this relationship, and all the children call both parents, “Mom” and “Dad.” All eight family members have no trouble combining together and thinking of everyone as true family. The grief of lost parents and spouses is never mentioned, except in a small moment of one episode wherein one of the boys interacts with Carol regarding a photograph of his birth-mother. Conflict between a child and a stepparent is quite typical – in fact, it is one of the most naturally difficult relationships in the world. As someone who has two stepparents, I can say it takes years of work through the building of trust and mutual understanding to hash out this complex relationship. The conflict between child and stepparent generally has huge implications for the marriage between parent and stepparent – whether good or bad, it is severely challenging. The Brady’s never face this issue and thus their marriage is saved from at least one of several possible complications . However, this gives the show a sense of misrepresentation about the true nature of a family with stepparents, and therefore a misrepresentation of the true nature of a marriage facing this issue. Also, perhaps less obvious yet equally important, the issue of having lost a spouse is never breached.

In the discussion of the Brady marriage, it is clear that we need to bring up the issue of gender equality. For a show of this time period, it would seem that Carol is a very independent and  strong female character. She has the ability to talk to her husband on an equal playing field. She often has the last word in a discussion. The two of them make decisions together on how to parent the children, and often these decisions are the center of the plot-line for an episode.  They wash dishes after dinner together. They discuss things calmly and rationally and always with a smile on their faces. It seems like a marriage of equality, and perhaps it is. But, the social context of the time period shines through nevertheless. Carol is a housewife; Mike is a working man, bringing home the bacon (which I am quite sure he expects her to cook up for him). Carol cooks and cleans (with assistance from their maid, Alice).  She crochets while he reads the newspaper after supper. She often refers to him as “Mr. Brady” instead of “Mike,” which further asserts his masculinity. And mostly, when they disagree, they tiptoe around the subject so as to not upset one another (after which, often, hilarity ensues).  I must say, as a married woman, and a woman who has watched many married couples interact in this day and age of feminism and gender equality, tiptoeing is a rather uncommon aspect of a disagreement between husband and wife – at least the ones with a strong, functional marriage.

In today’s world, the Brady marriage is most certainly archaic, in my opinion. But think of the time frame in which they lived. Couples did not air their dirty laundry out for either their family or friends to see.  The problems within a marriage were private issues (a concept which is also archaic now). It was socially accepted as “good mothering” to be a housewife and stay in to cook and care for your family (and the Brady’s were the proverbial “Jones’s” for having a maid to help). If this is how marriages were expressed in reality, why should they not also be expressed like this on television? Not to mention, The Brady Bunch was a popular show for families with small children to watch – it taught good family values and had simple humor which both children and adults could enjoy. In a world where it was especially socially unacceptable to air your dirty laundry in front of your children, why would the network run a show that aired a TV marriage’s dirty laundry in front of real-world children? The marriage was meant to look perfect to provide a sense of stability for its young viewers and a sense of escapism for its older viewer population (both perhaps from their own more complex marriages, and from the horrors of the Vietnam War taking place at the time). However, it should be noted here that the Brady’s were the first couple to be show sleeping together in the same bed on television, which was a positive step in the realist direction.

In conclusion, I would have to say that the marriage between Mike and Carol Brady is “too perfect” for our era of television. In the 1980s and 1990s came shows like Married With Children, Full House, and Roseanne, which show couples with much more “real-world” marital issues in a much less flattering, yet more realistic, light (i.e.  divorce, financial hardships, teen rebellion, death, abuse, etc.). The families in these shows are seen to be flawed, like our own families. These families are also not shown to always be perfect when working through these flaws.  In this way, we can relate to them much better. The Brady Bunch leaves the typical viewer without the modern-day ability to relate to the Brady family, but could still be seen to provide a sense of escapism from the complications and tribulations of a real family today.