females/males in the design industry

As we move forward from last week’s discussion about female representation in the industrial design field, I went ahead and did some research. I came across InVision’s industry report from 2016, where they surveyed several designers across differing fields. This was their statement:

The demographics of the industrial design field can be a little skewed in certain areas of the design process. For example, there were more females in design research, but more males in visual design. I find it important to also note that sometimes the imbalance is not due to gender bias, but perhaps due to the ratio of females that applied for the role. In the overall study, there was a ratio of 3:1 men to women who worked in industrial design. As you can see from the following infographic, there are a few disparities in the distribution of gender per role. 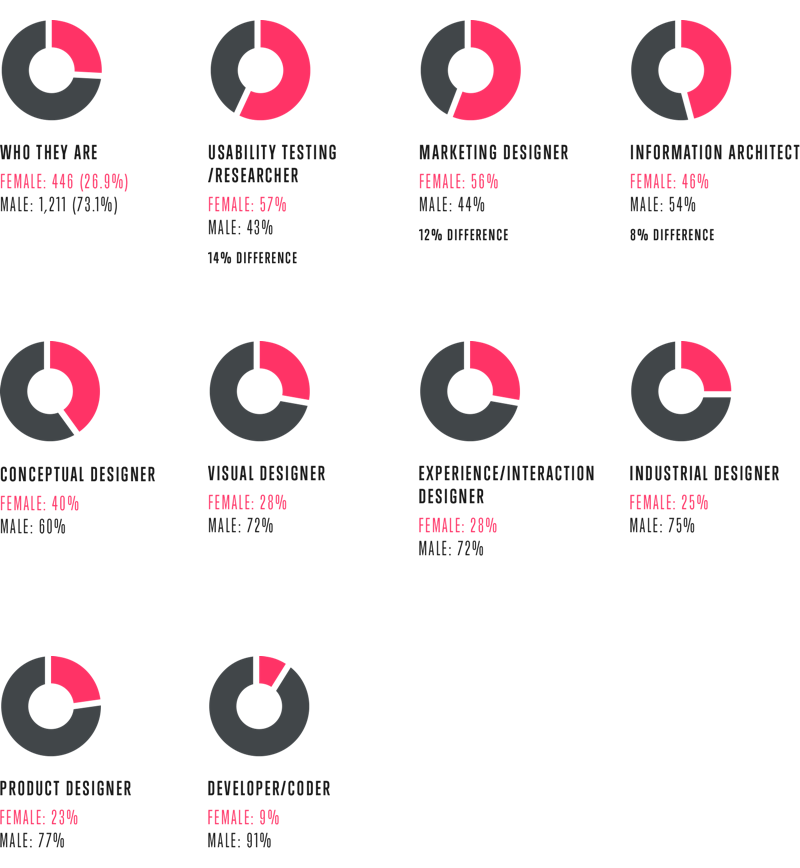 It also depends heavily on what type of environment the designer works in — is it a government agency? A startup? Contractual work? The study happens to find that the only instance where females get paid more (although some of these differences vary only slightly) in start-up work. 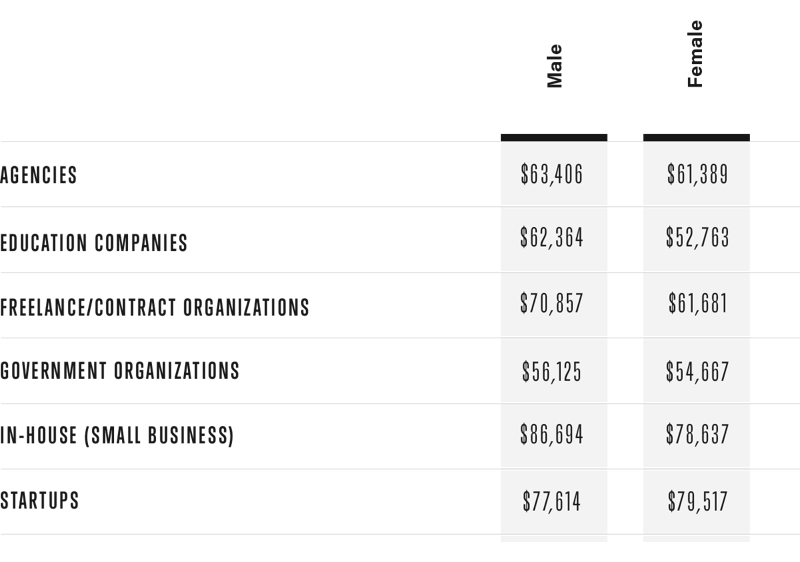 When it comes to leadership roles, females and males have a slightly more equal ratio.

This post is meant to be informative rather than controversial. It merely shares what one agency found through its survey of 2000 people. Regardless of the gap between genders in the information above, design still plays a leading role in 38% of the world’s organizations and can never run out of space for new, creative minds.

Do you see these numbers changing at all/evident in today’s society? Or do you believe it will take a much longer time to balance out?

You can read more about the statistics here.