I just want to thank everyone for allowing me to share my story with you all in class. Thanks for letting me be vulnerable. I welcome any questions or conversations you might want to have about this topic. Let me help you out! There was so much more I wanted to say during class but I just couldn’t find the words and time to express all of my thoughts! I felt like a hot mess during class but I still have difficulties expressing how I feel about sensitive topics like this. I am fortunate to be in a class with so many people who can acknowledge and understand these issues.

This week’s readings brought me back to the 2016 presidential elections. I was genuinely surprised that someone could run for and win presidency with a platform that revolved around racial hate. It made me think about all of the racial equality themes that were stressed in grade school. I messaged a friend after the election and said “What happened? We live in a society where we all say “end racism!” (because no one would ever say “I support racism” besides hate groups). In grade school, we were taught about racial equality and to treat everyone with kindness. I’m surprised someone like him could be elected in the United States.”  Sure there are other reasons why he was elected but in my mind, I couldn’t fathom how someone could even run on a platform that stressed hate. It didn’t sit well with me. Is racial equality something that people just say but don’t take action because we know that racism is bad?

You really don’t know your biases unless someone points them out to you and I went through a similar struggle myself. This is something I haven’t shared because it made me so uncomfortable and I didn’t come to terms with it until very recently. After I was accepted into Virginia Tech for undergrad, I looked into scholarships and decided to apply to a 4-year diversity and inclusivity fellowship because I thought, “Hey, I’m Asian, this is great for me. I know a thing or two about diversity.” So I wrote my essay and submitted the application. I was accepted into the program. But now when I think about my essay, I cringe. I basically wrote something like “Colorblindness doesn’t bother me because we should treat everyone equally.” I remember writing the word “colorblind.” I also had a couple of my teachers look over it and they all thought it was a great essay. No one called me out. As a minority, why did I write something like this? Growing up as an Asian-American in a community that was predominantly white and where Asians were the largest minority, I never really encountered racial inequality. This could be in part that Asians are seen as the “model minority” because we study hard and don’t get into trouble (which is not the case). College was about to change this for me.

As part of this fellowship, I had to attend a certain number of events that addressed diversity and inclusion each semester and blog about our experiences with diversity each month. The first year was easy for me. I had much to talk about the diversity on campus. I joined Asian-American student groups and I thought the amount of diversity on campus was amazing given that most of my high school friends were white. Then the second year set in and I really started to struggle. At the time, I felt like I attended the events but felt like I didn’t agree with everything that was being said. Basically, some of the sessions gave me the vibe that “All white people are bad because they did so many bad things to us (minorities) and we need to start doing something about it.” I didn’t agree with that. Not ALL white people are bad. Yes, bad things happened in the past but we need to move forward. I was hung up on “equality” and at the time, did not realize that “equity” is what we needed to achieve. Then, something happened in one of my friend groups.

My friend groups were very homogenous. In fact, the majority of my friends were Asian-American who grew up in similar situations as me and never personally encountered racial attacks or situations where they realize “wow someone is purposefully being racist to me.” We had a couple of white friends in our groups. On one occasion, one of my Asian-American friends attacked my White friend for appropriating Japanese culture. He lashed out at her while we were all at lunch one day and caused a scene in the middle of Hokie Grill. My friend started crying, I started crying, and some of our other friends straight up left because they were so uncomfortable but I stayed with my friend until my other friend was done ranting. It was extremely uncomfortable. My White friend wasn’t intentionally trying to appropriate Japanese culture. In fact, we were all in an organization called Japanese Culture Association because we all loved Japanese culture. What’s worse and something that my friends and I still don’t understand is that our friend who lashed out at her isn’t even Japanese. So then is it okay for another Asian-American, not of Japanese descent, to appropriate Japanese culture but not for a white person to? The logic didn’t make sense. My Asian-American friend was a “social justice warrior” and this was my, and most of my friends, first encounter with social justice. After this encounter, we all had a bad feeling of social justice. It didn’t seem inclusive of everyone, instead it seemed like a movement where only certain groups of people wanted power, but still didn’t stress equality for everyone.  We didn’t realize that what we witnessed was one extreme side of social justice.

That situation, coupled with attending seminars and workshops that I didn’t agree with, eventually stopped me from writing my monthly blogs and attending events. I didn’t feel comfortable about sharing my thoughts and feelings on my blog or with the program coordinators because I didn’t agree with how people were approaching these issues. I knew that there was still racism in America and something had to be done but these approaches were just too extreme. Since I stopped everything, I was dropped from the fellowship program during my junior year. Could I have reached out to someone about my thoughts and what I was going through? Sure. I just didn’t because I was so uncomfortable.

What my friends and I needed were time and understanding. A couple of years later, we all started to realize, one way or another, that racism does happen to Asian-Americans in America. We all just needed to have those personal experiences, whether it be micro-aggressions or blatant racist actions. We needed someone to educate us in a way that wasn’t so radical and we needed open discussions about inclusivity and racism. Perhaps approaches to these issues need to be tailored so they can be relevant to different groups of people. Obviously, my experiences gave me a bad taste about social justice. I felt like my narrative can be best described by the typical “Stages of Grief.” Not like I was actually grieving about anything, it just took me a long time to realize why I was approaching diversity and inclusivity incorrectly and how to have appropriate conversations around racism. 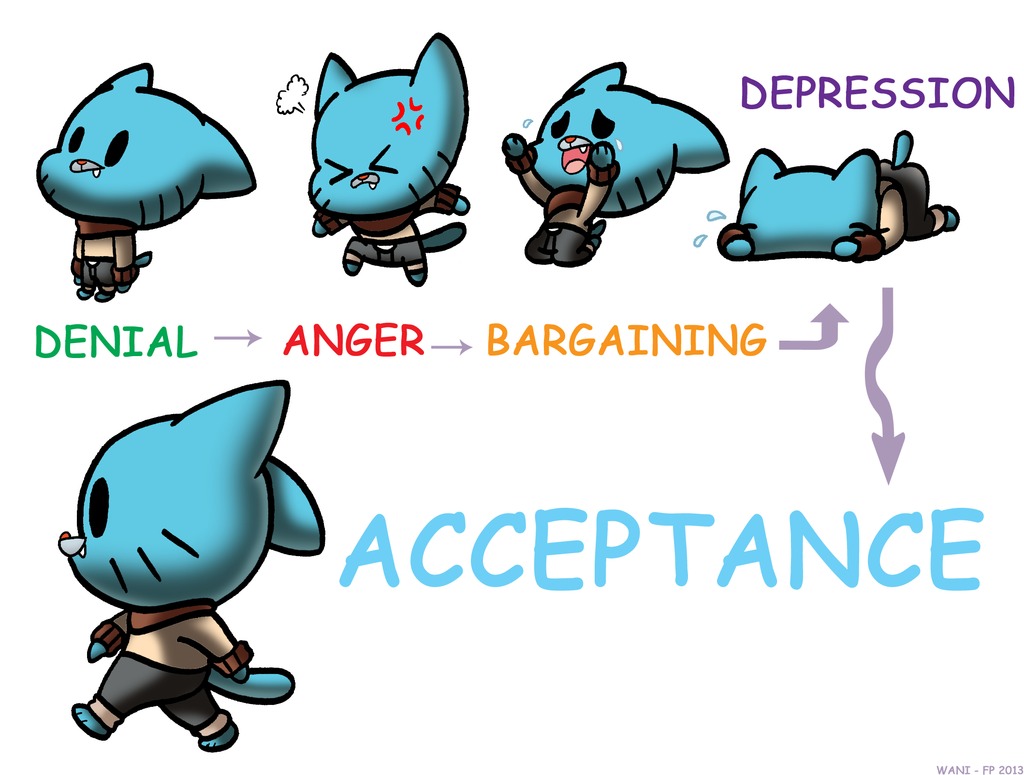 Many parts of my narrative bring me to this week’s readings. I knew that people create social groups that are homogenous (as mentioned by Steele in Whistling Vivaldi). My friends and I are no exception. We felt like we could relate to each other with our experiences, which is why we are friends. Another point is that the way that racism, inclusivity, and diversity is taught in schools, both k-12 and college, is not effective. We all need to work together to make these topics into something that is more digestible and something that can be easily discussed. Like mentioned in the “How Diversity Makes Us Smarter” article, the discourse around diversity and inclusivity is particularly negative. It shouldn’t feel like a burden to have these discussions but we have to keep in mind that these conversations have to be inclusive (of course) and we have to allow everyone to speak their mind. In addition, I think that discussions about diversity and inclusion can be applied to any topic. As a student conducting social science research in the health field, these discussions are especially pertinent in the classes that I take. How about other fields where social science isn’t a large component? What are other ways we can incorporate discussions around diversity and inclusion into our classrooms?

A couple years ago, I stumbled across an article that I thought was relevant to this week’s reading. It’s a quick read and I encourage you to check it out. It’s titled “Doing science while black” by Dr. Ed Smith, who is a professor at Virginia Tech.

12 thoughts on “Changing our Approaches to Diversity and Inclusion”