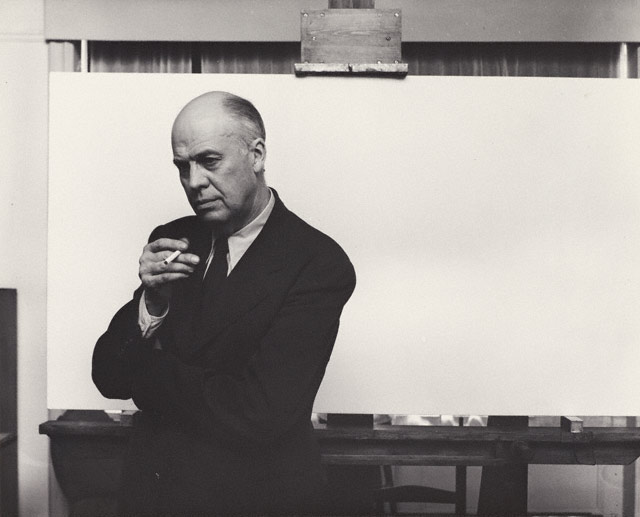 Edward Hopper used light to create his own geometric perspective of painting. Through light and color Hopper created mystery, strange and almost ghostly surroundings. Didier Ottinger, a famous museum curator, mentioned in his book, “This destabilization of reality, or ‘spectralization’, was to become a characteristic feature of Hopper’s work” (Ottinger). Researchers first found this feature in Hopper’s early works in 1907 and later showed in his paintings such as House by Railroad (1925) and Manhattan Bridge Loop (1928)(Ottinger). Between 1915 and 1918, Hopper studied etchings at Metropolitan Museum in New York (Ottinger). Etchings mostly apply to black and white colors. Artists use line weight and shading techniques to represent the dark and bright parts of the picture. Hopper specifically studied Charles Meryon’s etchings, “He admired their marvelous rendition of sunlight, highlighting in particular their ‘romantic’”(Hopper). Those three years of studying really help Hopper learning about light and shades; it also developed a strong foundation for him to emphasize one of the most important juxtapositions, light and shade, through his works later on (Ottinger).

Metaphysicalism strongly influences Hopper’s paintings at a certain stage. It inspired him to create, “an image that are comfortingly familiar, while at the same time generating an anxious feeling of strangeness”(Ottinger). This strangeness is not only creating from different angles and perspectives but also from light, shades and colors.

Gas(1940)
In the painting Gas (1940), the road and gas station building have different vanishing points. It looks like the road turns to the right toward the end, however the vanishing point of the gas station house is beyond the end of the road. This perspective confuses viewers, “The viewers cannot orient himself to the painting in terms of space or time, since the two are coincidental…the viewer find himself floating somewhere in the air on the right side of the painting”(Gillies). The lighting and color are very bizarre in this painting. The dark color of the woods give viewers a night setting and the dark brown color on the road tries to tell viewers that the road is wet, perhaps, after a drizzle earlier. However, the blue sky makes people feel the actual time setting is a few hours after sunset. The lighting on the right side of the painting also confuses viewers. Viewers can understand that the lighting source comes from the inside of the building and the light continues until it hits the fuel dispensers. The bright signs on the top of the fuel dispensers also create coherence with the light from the building and the Mobilgas logo. Many viewers are really curious about the light reflection on the lower right corner of the painting. It seems like the light is coming from the window that opens on the side of the building but the strong brightness might imply that there is another light source between the building and the wall that extends out of the frame. It keeps the picture continuous and creates the mystery of light. The first heliotropic character appears in the painting Morning in a city (1944), a naked woman stands toward the window under the morning sunlight. We can also see some heliotropic characters from Morning Sun (1952) and A woman in the Sun (1961). Lloyd Goodrich, an influential American art historian said, “it reveals and at the same time isolates them”(L.Goodrich). The sunlight creates a warm surrounding for the figure in the picture, but it also creates isolation for the character. It seems like he emphasizes the solitude by using light. Room by the sea, completed by Hopper in 1951 was considered a milestone of his heliotropism; light becomes the main element of his painting (Ottinger).

Apparently Hopper has his own understanding of light and color. It creates isolation for figures that appear in his paintings. The more important part is the light extends beyond the picture frame and makes people wonder the mysterious story behind the painting.

Edward Hopper. House by the Railroad, 1925. Oil on Canvas. Museum of Modern Art,

Edward Hopper. A Woman in The Sun, 1961. Oil on Canvas. Whitney Museum of

This source is a credited source, it was published by Northwestern University. It includes some well explained opinion about Hopper’s painting Gas(1940).

This source quotes some of Hopper’s early opinion on some artists. It helps readers to understand the changes of Hopper’s style under certain artists’ influences.

It gives readers an insight about Hopper’s lighting techniques.

This book includes an introduction about Hopper’s personal life and study background. It also lists most of Hopper’s famous artworks by time period. It gives reader a clear storyline of different stages in Hopper’s career as an artist and how his style gradually changes through time and life experiences.