These readings trace, or track evidence of neoliberalism (with special attention to the occupation of Appalachia’s coalfields) in different ways. I am reading these three pieces (Removing Mountains by Rebecca Scott, “Is Another Place Possible” by Barbara Ellen Smith and “Neoliberalism and the End of Liberal Democracy” by Wendy Brown) while preparing a class discussion on activism and coal. We will make lists of pros and cons and watch Harlan County USA. We will even take a trip to Kayford Mountain, West Virginia where students can see a Mountain Top Removal site. However, after readings these texts I am left asking: what is our relationship to a place we can travel to and flee from with ease? Feeling helpless while tracing the strength and mis/use of the region through these readings, I struggled with my own positionality. Can academics ever stand in solidarity with those they serve or study? Is the best bridge always one that could be, or in creation– never actually being.

Leaving home was never a dream but I felt it was also not a choice. I had to leave. I didn’t imagine my life after high school. I didn’t dream of going to college, but it seemed to be the only option. Just like hundreds of my classmates and thousands across the region each year I was uprooted by rhetoric of progress and opportunity. I did not grow up in coal country, but in the shadow of a mill town where power manifested in subtle ways: bus numbers, parking lot spots, lake houses, afternoon jobs. I came to know myself through my relationships with this place, rural America, rather than within this place.

It wasn’t always a relationship worth noting.

Relationships are traced through-out the works; mapped as connections and disruptions. This said, the following relationships which particularly stood out to me are not meant to be read as binaries, rather they are conversations between two positions. As Kathleen Stewart writes of “spaces of critique”:

This is a system that is not either/or but both/and: both global and local, both tactile and imaginary, both set and fleeting, both one thing and another. It is a system in which moments of cultural naturalization and denaturalization are fundamentally interlocked (Culler 1975), a place where centripetal and centrifugal forces (Bakhtin 1981) form a unity of opposed forces (Gates1988). It depends at once on a radical condensation or intensification of meaning in text and performance and on the persistence of gaps in code and concept that elicit a continuous search for meaning. [1] (emphasis added)

Stewarts work is not only cited throughout Removing Mountains, but Scott seems to share much of her theoretical foundation with Stewart, specifically around this concept of place-making. This is where Smith’s work becomes crucial as a geographer; what is labors geography and what is the laborers relationship to the place that is created? By focusing on the coalfields we see that through the severing or forming of relationships social and cultural orders are (re)created. There are too many deeply complex relationships; I cannot do them all justice in this post. I am sure I have overlooked or ignored some, but the following appeared consistently:memory to consumption, human to nature, industry to unions, insiders and outsiders, the relationship to coal, work and labor, earned and obtained, and the mind and the body. I will briefly explore the relationships of race, gender and (self )identity. 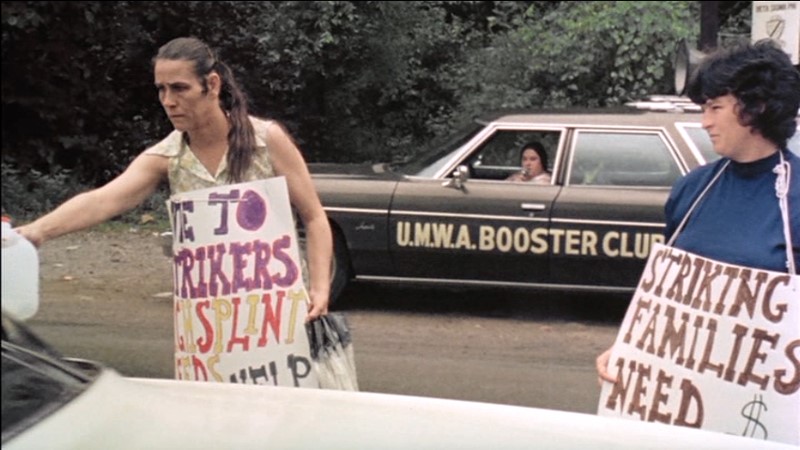 The sections of the reading concerning gender focus on the manipulation of masculinity and oppressive forces which dominate female/feminine identities. The damage—violence—to concepts of gender begins with the sacrifice of the body as a means to survive. Brown explains[2], “[t]he body politic ceases to be a body but is rather a group of individual entrepreneurs and consumers . . . . which is, of course, exactly how voters are addressed in American campaign discourse.”[3] Here, power is defined by discourse. The relationship between the body and work is closed (the two become one) as the body becomes a producer (here of coal, thus of capital) and communal relations are distanced, if not severed.

Both Smith and Scott’s discussions of gendered spaces and identity’s within the coalfields (often gendered itself) harkens the writings of Elizabeth Grosz who adds an additional layer to the exploration which has been ever present in our classroom discussions; time. Grosz writes, “[S]pace, time, and things are conceptually connected: space and time are understood to frame and contextualize the thing, they serve as its background, and they are, as it were, deposited by or inherent in things and processes.”[4] In these processes (such as neoliberalism or extraction) we are able to find hope in their plurality; Grosz reminds us that space and time are plural, in the making, unfixed, and as Smith suggests and presents, ripe with possibilities such as the anti-MTR movements discussed.

The relationship to oneself, or self- identity is not beyond the grasp of neoliberalism, fetishization, and oppression, and is interestingly explored through the frame of place within these readings. The loss of space between the body and production causes a rift in the relationships in communities or the natural relationship between humans and the environment (for example, mining). This is similar to Scott’s explanation of “white trash” versus “American cultural citizens.” I believe space is crucial to these relationships. Scott pays careful attention to the ways in which “white trash” populations are portrayed (much like Kathleen Stewart) paying close attention to dirtiness and trailers—the spaces where people live and their occupations. Smith shares a similar spatial understanding through the description of the loss of the commons. The “self-identification” of communities was lost with the closing of post offices in rural areas and the consolidaton of schools. As Smith points out, the commons were spaces of hunting, gathering and cultivation—I believe that can be applied metaphorically for what is lost as the public is lost to fenced off, privatitized spaces.

Even the federal government has come to embrace a broader understanding of the region’s demographics; in response to a petition filed by Appalachian scholar Fred Hay in 2005, the Library of Congress officially changed its Subject Heading that referred to the people of Appalachia as “Mountain Whites” to “Appalachians (People).” This seemingly minor triumph indicates a much greater one — Appalachia’s long-whitewashed image is finally being colored in to reveal a more nuanced, accurate portrait of the region and its history.[5]

Scott’s discussion of whiteness is a questioning of “white trash” within cultural citizenship and racial construction and identity within the coalfields (169). She did not address the re/claiming of hillbilly (i.e. revivalists, “hillbilly revolution,” the pseudo-hippness of mason jars, flat footing and urban chicken coops) and the commodification of the cultural construct. However, confusion surrounding the diversity of Appalachia is an area of study which cannot be stressed enough and Scott’s work make’s great strides in consciously unraveling some of the key issues.

Relationships between the self and power is manifest through the (re)writing of spaces, power, and self(s). Within each of these relationships language is key; the rhetoric of war (Brown, 47), religion, and gender, words that cause the mind to disconnect from the body and earth, words that empower and provoke and cause actual shifts within the economy— words that legally protect mountains and protect those who remove mountains—it is clear that language and translation are weapons. As Wendy Brown writes, “through discourse and policy promulgating its criteria, neoliberalism produces rational actors and imposes a market rationale for decision making in all spheres.”[6] This happens everywhere, however Appalachia—specifically the coalfields—provide a hyper-intense landscape upon which we can see the ecological and relational effects of language.

[2] Brown relies on the work of Lempke to support her biopolitical arguments.

[3] Brown, Wendy. “Neoliberalism and the Endo of Liberal Democracy” (43)

[6] Brown, Wendy. “Neoliberalism and the End of Liberal Democracy” (40)