I don’t want to suggest that the position of the outsider is always or only negative,or necessarily critical, or bound up in envy, a yearning for an inside position. The outside is capable of great positivity and innovation.

Elizabeth Grosz, Architecture from the Outside 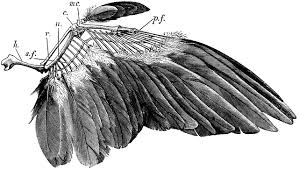 As I read Guy Standing’s provocative book, “The Precariat: Rise of a Dangerous Class” and think about labor for this class and another blog, I find myself laboring to work, working to labor. I arrive on campus at 6:00 am. Men are already working on the concrete outside Sub Station II and McDonalds. They will be gone soon. I will be gone soon, relatively. To “stay,” to have tenure would be to be employed, fixedly. Walking to my office I pass a sign for the cafeteria. “Interviews Today” it reads. Students, locals… Standing would argue the precariat are applying, or at least a specific type of precariat individual. I hear my peers consistently ask professors and mentors, “What do we do in a professional climate like this?” There are few jobs and many of us (Standing would assert due to the dumbing down and handing out of certificates and degrees). The question and concern perplexes me. I have never known a sense of security in the job market—and what a strange way of naming the process, as if jobs were on the market. Surely we are not so naïve to not see that we are the market, being chosen, ignored, picked over.

As I walk, I remember the jobs I have had—cleaner, painter, daycare worker, busser, cashier, store clerk, waitress, intern, dossier, and “student worker” in more positions than I can recall. I remember clocking in, being constantly (and openly) surveyed through cameras being fed into the bosses office. I would clock out for lunch, clock back in. I have shifted to a different space within the precariat which confuses the term flexible. I have shifted from flexible pay to flexible time. Here I walk to the coffee shop at my leisure. The confusion of “leisure” and “labor” was difficult for me. It took a very long time to accept that this is real, back breaking work, too.[1] According to Standing, I would be a member of the precariat mass. I am not so sure. Agency seems to be lacking in his analysis. Motivation, direction is lost. We are dangerous because we are not organized (yet) and know only what we resist, not what we stand for. I am not so sure. I find that I am here in this third class, tertiary space because of my passions. None the less, the reading provided an interesting position, despite the assumptions and often over generalized and mis/used terms.

The entire concept of a precarious proletariat, or Marx’s working class revisited, is exciting. It offers possibilities and proves that the system is shifting, perhaps breaking, most definitely fracturing. Standing’s overarching themes included space and time, a mission to situate large groups of people within the precariat (migrants, youth, women) and a broad sweeping historiography of the precariat. The accompanying essays focused on moments of organizing and gender—synthesized, how subsets of the precariat organize.

Space and time are intrinsically intertwined. Both are constructed and manipulated, often dependent of one another. Standing seems to treat the globe as an evenly developed space with regards to the emergence of the precariat; a diverse, dualistic group denied full citizenship rights and caught in the turmoil of flexibility and capitalism. I believe place is crucial to this discussion—it could possibly dismantle Standings belief that the precariat is a super-diverse, pan-global group. The Agrarian legacy which supports much of Standings historiography were to be refuted it would drastically alter Standing’s assessment. Further, if language, definitions and systems were to be taken into account (as well as understandings of space and time) Standings declaration that “a defining feature of all denizens is absence of rights” would be questioned (273).

Throughout all of the readings I was continuously struck by the toll the “curse of flexibility” has taken on our bodies, brains, and psyches. Precariatism it is a short term state with inability to think long term. Does one remember? Standing believes technology is to blame and it is not a question of memory but attention (31). Bodies in labor, bodies at work, minds lost in time, lost to time… these concepts were particularly alluring.[2]

Standing’s discussion of voice was problematic for a number of reasons. Unlike the articles we have read about resistance (particularly about the Italian Anarchist community) there seems to be no thought given towards as possible post-modern critique. While “voice” is not indexed, the phrase “lack of voice” is used many times. Notably, Standing declares a “lack of voice” following the 2008 recession. Later, he writes, “Denzins lack Voice. Except when desperate, they keep their heads down, hoping not to be noticed as they go about their daily business of survival” (193). This is not true of the articles, protests in LA, the occupy movement, and language justice movements. I am learning this is a common mistake (declaring an entire group lacking in voice), so common, that I am beginning to question my adamant belief in metaphorical voice and subversive speech.

In the end, I return to the term: Labor. I am curious in the temporality and spatiality of our definitions. If certain spaces acknowledge us, make us “people” do certain spaces also create laborers? Is it possible to remove oneself from labor? What are we to make of maldistribution and misrecognition?[3] What is work, what constitutes as work and why? Does the gendered text demand a separation of labor and work? How much of this struggle is tied up in our language? Does Standings argument that “Citizenship is about the right to possess an identity, a sense of knowing who one is and with whom one has shared values and aspirations” clash with intersectionality? Diaspora studies? The identity of displaced people? And why is the assumption being made that one must have the right to possess and identity? Is an identity even something one can possess?

The poet Jill Magi confuses and clarifies my question(s):

Saying “no repair is too

much no repair too much” so that when they approach down the hallway through the gate from under the sign from under the logo with an eviction notice with an evaluation form with a sentence a settlement a complaint.

With the snap of branches comes a flash of white light —-

What is the opposite of labor of struggle?[4]

[2] For a more detailed discussion of temporality and the modern condition, Sarah Sharma’s 2014 publication “In the Meantime: Temporality and Cultural Politics” is very helpful.

[3] Here, I am calling upon the work of Nancy Fraser, particularly