When reading the article titled: “Finding My Teaching Voice” by Sarah, I found her experience is very informative and interesting to reflect upon. I really like how she wrote her story and thoughts. Below I summarized what the most important takeaway lessors (in my opinion) and along with some personal experience: 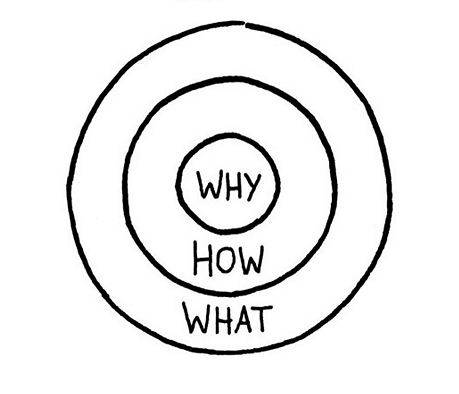 When I was doing my master’s degree at VT, I had to conduct a real experiment on the Smart Road at VTTI. The experiment was intended to evaluate the human-vehicle interaction when driving an autonomous vehicle. We had 32 participants that they had to drive the autonomous car several times, passing a signalized intersection. The autonomous vehicle has the ability to manage and communicate with the traffic signal without any input from the driver and thus the vehicle will decelerate, stop, and accelerate by its self. All the participants were told to not react when getting close to the intersection. Interestingly, I had a participant who had a hard time to interact with the autonomous vehicle. Many times, she presses the break when seeing the traffic signal is red although she was required to not touch the break nor the gas peddles. Of course, when the participant presses the gas or break paddles, our experiment would collapse, and we had to repeat it. It took her a while to break this habit and start passing the signalized intersection when it’s red without touching either the break nor the gas peddles.

Think about the previous example and try to generalize it to many things we have learned in our life On a daily basis, we do many tasks without a second thought. We have become computers that are controlled by codes and behave in a predefined way.

In the educational system, this approach of learning leaves no room for accommodating any new change that might happen in the future. Even worse, students get criticized if they deviate from the traditional way and come up with their own approach. Even if their own approach seems to be longer or non-optimal, they should be appreciated for thinking out of the box and come with a different way, they should be appreciated for taking the brave and confidence and think differently.

Back in the 1990s, there was a woman who is very professional in cooking fish. One day, she was asked by one of her friends to teach her cooking, so she went ahead and started grabbing the ingredients and her friend was watching. At the first step of preparing the fish for marinating, she cut the head and tail of the fish and put them together into one plate. Quickly, her friend interrupted her, asking why did you do that? Simply, she said: “I don’t know! This is how I was told!” Then, her friend asked her who told you? She replied: my mom. Then, her friend insisted to go and ask her mom! they went together to her mom and asked the same question: could you please cook fish for us? She welcomed them and started preparing the fish and likewise, she cut the fish into three pieces as her daughter did. Now, both of them asked her: why did you do this? She replied: “This is how I learned from my mom (the grandmother of the daughter)”. This makes all of them eager to know the hidden reason! They were excited to figure out how it related in making it delicious fish. Three of them decided to go and ask their grandmother. They knocked on the door and found her sleeping on her bed. They gently asked her to cook for the fish, and the grandmother was surprised by this unexpected request but she had no choice but to do it. She did the same thing by cutting the fish into three pieces: head, tail, and the rest. Now, all of them asked her: why did you do this? She simply replied: “my plate is too small and cannot fit the whole fish so I had to cut it into three pieces”!!

Now, let’s think, how many times we were taught things/steps that are not part of the learning process? How many times the lack of tools in the class forced and boxed us into a single view? How much time we could have saved if we go on our own way and find the optimal path?

Personally, I think the problem happens because of the way that teachers approach.  In undergrad school, teachers intend to teach in detail, leaving no room for students to show their creativity or individual differences.  They teach in a way makes them think this is the only way to solve this problem. As grad students, when writing a paper and submit for a peer-reviewed journal or conference, we usually get criticized for using an “absolute language” but when we read books, we find they are written in a way that enforces us to believe them without a single doubt! How could we accept to publish books in an absolute language but not journals or conference papers?! Why do we think books are more trustable than papers although these scientific papers could be published as a book chapter? How could we build a fairer educational and research system that doesn’t favorite some people over others?

When I was doing my undergrad studies, I (as a social coordinator at my college) invited a new assistant professor (AS)  to give us a little about his life as a new professor. One of the lessons I never forget is he said the first day I taught at the college and was walking out of the class and another “full” professor (x) met me by a chance and asked me a question: “what would you do if a student asked a question and you do not know the answer?”. Professor AS said simply I’d say I don’t know! professor X was shocked and went crazy, asking him to not do that as it would affect him negatively! professor X thinks a professor should not show the inability to answer any questions and always should make himself as “a man knows everything in the planet”. Professor AS’s approach is to mislead his students when they ask questions he doesn’t know! YES that what he does, unfortunately!

The good part of the story is that professor AS didn’t take X’s advice and instead he approached his way by saying “I don’t know the answer and I promise you I’ll look for it and bring the answer with my next class”. Two years later, professor AS said I’ve learned a LOT from my students. They keep me everytime thinking and looking at things differently! although I’m teaching a basic and “non-interesting” course, I get challenged by my students and never stop learning.

Takeaway message: whatever you teach and regarding how basic/boring the course is, there is a great chance you learn every class!

When watching the TedTalk video together at class, it reminds me of my friend who was a graduate student at VT and also was a student of this class one year ago! Now, he’s an assistant professor at a university in my home country.  When I met him after teaching one semester, I asked: how was it?  What you think you did differently from others given you just graduated and took “Contemp Pedagogy”?!. What was your achievement?

I was impressed by his response that five students of his class got internships (which is very difficult and unusual at my home country) with the help of him although he doesn’t have a communication with the industrial field and has not yet built a profile with industry.

The secret is that he assigned one hour of his schedule for his students who need any help that is not related to the class such as reviewing resumes and consultations. Although one hour in a week is nothing to him but it means a lot to his students. He also started giving his students non-classical assignments such visiting the industrial field and attending the career fair and then he asks the students to give a presentation to their colleagues at class. This is not just to help the presenter but the class as a whole. To sum up, it is important for new faculty to think differently and be the ideal professor that he was thinking of when he was a student.

To me, the job of the professor is not just teaching but it’s being a close friend and a true consultant for his/her students. This is the great advantage of face-to-face learning that online learning cannot do. If a student fails in a class, then it’s a failing of the professor FIRST!