Galileo is considered the ‘father of the scientific method’ and the ‘father of modern science’, among other titles complimentary of his impact on our current perspective of the natural world. In this article, Caldwell delves into Galileo’s influence on people’s view of machines and power. 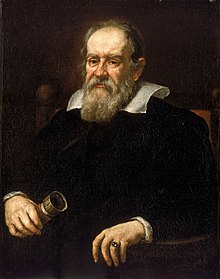 Before Galileo, machines were considered only in terms of their final purpose. Each machine was not thought of its individual parts, but of whether it milled grain or told time. People judged the quality of a machine based on the materials it was built out of, whether it served its purpose, and if it was interesting to some extent. Machines were viewed as a way of cheating the laws of nature, being able to get more output for less input.

Galileo introduced a few ideas that changed this outlook. First, that machines had more in common with each other than was thought. He was able to show that machines could be reduced to simple levers (Fig 1). Another important concept was that machines were an economic utility – they reduced the amount of human labor in ways that were meaningful. From this idea, the quantification of power was put forth. A measurement for energy and human labor had never been before considered or needed. In modern day, knowing the power a machine is capable of producing is a normal necessity. 3 Replies to “Galileo and Perspective on Machines”